Na’Vi have booked their ticket to the Main Event, while Liquid will be going home early. 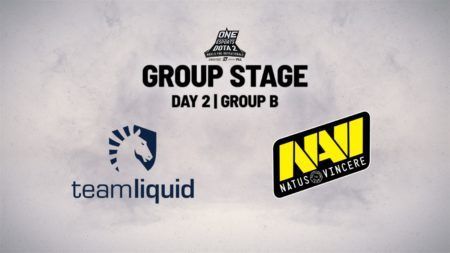 CIS team Natus Vincere locked up their spot in the Main Event, sweeping Team Liquid 2-0 and eliminating them from the tournament.

Na’Vi opened game one with a highly-aggressive lineup with Vladislav “Crystallize” Krystanek on Ursa Warrior, Idan “MagicaL” Vardanian on Viper, and Pavel “9pasha” Khvastunov on Beastmaster.

Meanwhile, Liquid pinned their hopes on a hypercarry Sven for Michael “miCKe” Vu, with Maximilian “qojqva” Brocker on a mid Invoker and Samuel “Boxi” Svahn on Centaur Warrunner backing him up.

While the laning phase ended with both teams on seemingly even ground, Na’Vi ended up taking the advantage as they utterly shut down qojqva’s Invoker — who was somehow overtaken by Tommy “Taiga” Le’s Position 4 Rubick as the hero with the second-highest net worth on their team. That placed more pressure on miCKe’s Sven to pick up the slack even as Na’Vi was ramping up their aggression across the map.

While Liquid was previously able to keep pace with their opponents, an ill-advised fight against a Na’Vi squad fresh from claiming Roshan gave the CIS team the momentum. With Sven the only hero on Liquid able to put up a fight, it didn’t take long for Na’Vi to close the game out in dominant fashion.

Liquid looked to bounce back with a strong midgame lineup of Bloodseeker for miCKe, Razor for qojqva, Beastmaster for Boxi, and Enigma for Taiga.

Meanwhile, Na’Vi opted for a strong ranged-core duo of Drow Ranger for Crystallize and Viper for Magical, with 9pasha on Brewmaster to provide control during teamfights.

Liquid had a much better start compared to game one, with qojqva notably notching up 7 kills in the laning phase to give his team a comfortable early lead. But they would later give away their advantage by blindly walking up to Na’Vi’s high ground and giving away four kills, which let the CIS squad comfortably take Roshan.

Liquid swung the momentum back to their side in the ensuing fights, largely due to well-placed Black Holes by Taiga. But Na’Vi’s farmed lineup was eventually able to survive their opponent’s teamfight combos to win the decisive clash, securing the 2-0 sweep.

With their win Na’Vi has guaranteed themselves a spot at the Main Event, although they will be starting from the Lower Bracket.

Meanwhile, Team Liquid have been eliminated from the tournament with a dismal 1-7 record.