This will be his fourth stint as a coach. 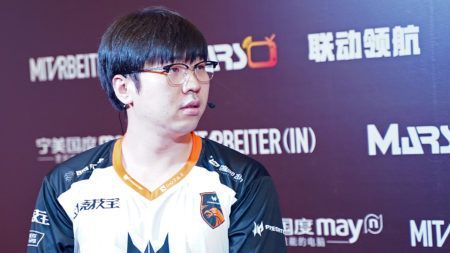 March will be replacing Choi “cCarter” Byoung-hoon, who left his post as one of the coaches of T1’s Dota 2 team earlier this month. Prior to becoming a coach for the org’s Dota 2 team, cCarter coached T1’s renown League of Legends squad.

March left TNC at the end of September after leading the team for a year, during which time he helped the organization win its first Dota Pro Circuit Major at the MDL Chengdu Major in November last year.

Despite spending the majority of his career as a position 5 support player, this will be March’s fourth stint as coach. He first started coaching in 2018, taking up the role for Echo International and Wind And Rain, after which he coached Fnatic for the duration of The International 2019 (TI9) prior to joining TNC as a player.

March’s entry into T1 as head coach seems to be the latest move in a major rebuild of the organization’s Dota 2 team.

Only Samson “Sam_H” Hidalgo, who joined T1 in August, and position 5 support player Tri “Jhocam” Kuncoro formally remain on the team, though they may already be off the team as well.

It seems that T1 is preparing to field an all-new Dota 2 squad for the restart of the Dota Pro Circuit (DPC) early next year, with TI10 still on course to take place in August next year.