Is Raven the best player in SEA? 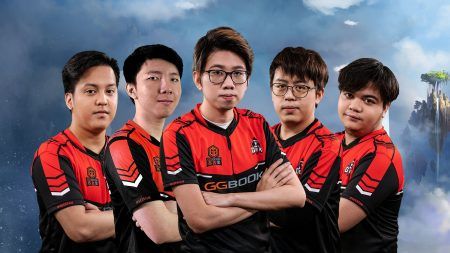 Geek Fam decisively defeated Fnatic in a convincing 3-1 Grand Final series to become the champions of the ONE Esports Dota 2 SEA League, taking home the grand prize of US$40,000.

This marks Geek Fam’s second-straight championship this season as they also won BTS Pro Series: SEA Season 2, where they also defeated Fnatic en route to the title, just before the SEA League kicked off.

Geek Fam had a rocky start to the Playoffs here at the SEA League, as they were defeated by TNC Predator, 2-0, in the first round of the Upper Bracket.

However, the team then survived through two grinder elimination matches against Team Adroit and T1 to get a rematch with TNC in the Lower Bracket Finals. Geek Fam then stunned TNC in a dominant 2-0 to earn the right to face Fnatic.

Geek Fam’s star carry player, Marc Polo “Raven” Fausto, also staked his claim as the best player in his position in the region during the team’s run to the championship.

Throughout the playoffs, Raven posted a league-leading 10.62 KDA score off of 9.93 kills and 9.79 assists against just 1.87 deaths per game, according to Dotabuff.

He also posted per game averages of 484 last hits, second-highest in the league, as well as league-high 746 gold per minute and 760 experience per minute, the best marks of any player in the league.

Here’s a full breakdown of the grand finals:

Geek Fam opened the finals with a strong teamfight tri-core of Naga Siren for Raven, Queen of Pain for Karl “Karl” Jayme, and an offlane Doom for Carlo “Kuku” Palad. Kenny “Xepher” Deo and Matthew “Whitemon” Filemon manned the backlines as Grimstroke and Disruptor.

Meanwhile, Fnatic ran a four-protect-one lineup headlined by Morphling for Nuengnara “23savage” Teeramahanon, with Kam “Moon” Boon Seng on Leshrac and Daryl “iceiceice” Koh Pei Xiang on Abaddon to back him up. Djardel Djicko “DJ” Mampusti also had his signature Rubick while Anucha “Jabz” Jirawong was on a support Batrider.

Both teams were content to just farm up in a slow-paced game. The only sporadic fights heading into the midgame ended in relatively even trades that forced both sides into an uneasy stalemate.

Fnatic broke the deadlock by making multiple aggressive forays deep into Geek Fam’s side of the map, but the latter took advantage of their over-aggression to grab the momentum.

Geek Fam took full control of the game after they won a four-versus-five clash at the 42-minute mark where they took four kills and forced 23savage to use his buyback. Fnatic couldn’t stop the ensuing push from Geek Fam, even as DJ pulled off big plays to keep 23savage alive, and were forced to call GG after 49 minutes.

Fnatic bounced back in game two with another four-protect-one, this time with 23savage on Phantom Lancer while Moon and DJ were the playmakers on Puck and a support Tiny, respectively.

Geek Fam also ran a four-protect-one of their own with a signature Terrorblade pick for Raven. Karl was on a mid Pangolier while Kuku had Sand King to provide the team with initiation and teamfight abilites.

Both teams were on relatively even footing early on, but Fnatic took the lead by the midgame as they were able to successfully make plays while Geek Fam’s attempts to initiate floundered.

With Geek Fam still struggling to get off the ground, Fnatic rode their midgame momentum to overwhelm their opponents and tie up the series after 35 minutes.

Geek Fam ran with Raven’s Terrorblade again in the pivotal third game of the series, with Karl on Dragon Knight and Kuku on Legion Commander to form a formidable pushing tri-core.

Fnatic opted for a strong teamfight lineup with Moon on Death Prophet and DJ on a support Puck, with 23savage dealing the damage as Lifestealer.

Much like the previous game, both teams were on even ground early on until Fnatic took the lead by the midgame. While Geek Fam were able to score some pickoffs, they couldn’t quite stand up to their opponents in a straight-up five-on-five fight yet.

Geek Fam was able to strike back once Raven’s Terrorblade came online, as they repeatedly picked away at Fnatic and started the fights with the numbers advantage to force the game to an uneasy stalemate.

With the game hanging in the balance, Geek Fam was able to bait Fnatic into a disastrous fight in the mid lane that ended with the latter losing four heroes with no buyback. Even if Fnatic still had tier two towers standing to protect their side lanes, the overwhelming pushing power from Raven and Karl was more than enough to give Geek Fam a commanding 2-1 series lead after 34 minutes.

Fnatic looked to stay alive by picking up the dreaded Morphling-Earthshaker combo for 23savage and DJ. Moon had Dragon Knight while iceiceice was on an offlane Snapfire to help their team survive through the early-to-midgame.

Geek Fam took advantage of Fnatic’s slow-paced draft by putting Karl on Ember Spirit and Kuku on an offlane Puck to go on the offensive early. Raven was given Anti-Mage to ensure his team still had the edge if ever the game was to go late.

The laning phase was an unmitigated disaster for Fnatic, as both Moon and iceiceice were heavily shut down while all of Geek Fam’s cores got off to a roaring start. Even if 23savage was able to get his Aghanim’s Scepter, his teammates hemorrhaged too many kills for Fnatic to put up a fight.

Even the Morphling-Earthshaker combo — along with a huge three-man Echo Slam from DJ — was not enough for Fnatic to win the first huge teamfight of the game against Raven’s Anti-Mage, who scored an Ultra Kill to start taking over.

Fnatic proceeded to split the map to give themselves a fighting chance, but Geek Fam was able to pick 23savage off multiple times to deny them any hope of a comeback.

Despite Fnatic’s best efforts to defend, Geek Fam simply swept them aside to destroy their Ancient at the 44-minute mark and win the series, 3-1.

Karl notched a game-high 20 kills and 13 assists against just one death, while Raven had a clean 11 kills and 15 assists, as Geek Fam secured their second-straight championship of the season.