Once upon a time, even this storied team were underdogs. 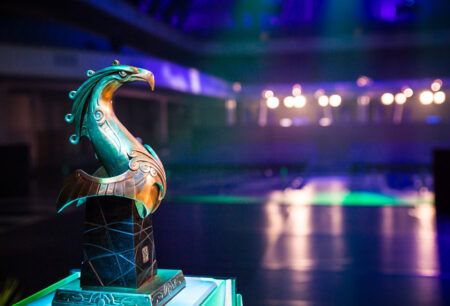 Majors have played a huge role in Dota 2 esports since their introduction six years ago in 2015.

Originally conceived as a set of marquee seasonal tournaments to fill in the calendar year with The International serving as the Major for Summer, they have gone through many revisions since then. One thing remains the same though, they are still one of the pinnacles of esports and, to date, only eight teams have ever won a Major.

Since their introduction, a total of 21 Majors have been played. The upcoming ONE Esports Singapore Major will be the 22nd.

The first-ever Major took place in Frankfurt, Germany six years ago in November 2015.

The tournament featured 16 of the best teams from around the world, including reigning TI5 champions, Evil Geniuses. Eight teams received direct invites to the tournament including Evil Geniuses, Team Secret, Virtus.pro, Vici Gaming, and LGD Gaming.

However, it was one team that had to fight their way through the European Qualifiers who would end up stealing the show.

At the time, analysts knew OG had the potential to go far but were not predicted to get past tournament favorites like Team Secret and Vici Gaming. Even Moonmeander himself mentioned during their interview that the team had doubts that they’d be able to win the Major.

“I don’t really want to say I expect us to win because that sounds really cocky, but I think we can be one of the best teams if not now, but in the future,” said Moonmeander.

To make matters worse, OG were drawn into Group B alongside Vici Gaming, Vega Squadron, and Team Unknown, causing fans to label it the Group of Death.

OG struggled in the Group Stage, and finished in third place, losing twice to Vega Squadron, and just barely staying in the tournament with a victory over Team Unknown in their final Group Stage match.

For the Main Event, OG had to start from the Lower Bracket, meaning just one series loss would result in elimination. There would be no second chances.

In OG’s first Main Event match, they defeated SEA superstars Fnatic and Mineski, taking quick 1-0 and 2-0 victories respectively. However, at the time, SEA Dota was not considered as strong as it is today, and many considered OG the favorites for these matches. It was in round three where people really started to take notice of OG.

In round three, OG faced off against CIS favorites, Virtus.pro. The series came down to a nailbiting 2-1 victory for OG, thanks to Fly and Moonmeander’s outstanding performances in game three.

Back in 2015, Virtus.pro were known for their early game pace, as they loved to hit opponents early to build up a quick lead. They were able to do this against OG in game two, however, OG turned the tables on them in game three.

In game three, Moon continuously picked off overeager VP heroes with Slardar whilst Fly kept his team alive during engagements with Dazzle, this slowed the game down long enough to ensure that OG’s heroes were no longer easy targets with late game items like Black King Bar, Glimmer Cape, and Assault Cuirass.

OG would take the series with a hard-fought 2-1 victory.

With the momentum on their side, OG then went on to defeat CDEC 2-0 in their next match, securing a top-four finish for the team.

Fans were stunned by the teams impressive synergy and niche drafting style, which revolved around OG’s terrifying Io + Tiny combo. The off-meta strategy forced teams to use a ban on Io, but OG were ready with other off-meta picks such as Meepo and Alchemist that often caught opposing teams off guard.

Many teams just didn’t know how to play against OG. There just weren’t enough bans available to neuter OG in the drafting phase.

In the Lower Bracket round 5, analysts and fans were floored when OG took down EHOME 2-1, eliminating the last Chinese team in the Major. Doubters became believers over the course of three games but now OG had their toughest opponent yet when they had to face reigning TI champions Evil Geniuses in the Lower Bracket Final.

EG had just lost a tightly contested Upper Bracket Final 1-2 to Team Secret and were keen to get another shot at them in the Grand Final. However, after taking game one, a crucial mistake in game two gave OG the opening they needed to level the series. OG was a team that thrived on momentum and some poor drafting from EG’s next two drafts handed it to them on a silver platter.

For both games two and three, EG gave away Moonmeander’s Earthshaker which played a critical role in OG’s success. As long as Moon was alive, EG had no way to safely initiate into OG’s lineup.

To make matters worse, EG gambled on drafting Anti-mage for Artour “Arteezy” Babaev in game three, leaving EG at the mercy of OG until Arteezy was ready to fight. Which never happened.

The dream run continued as OG ended EG’s run at the Major with a 2-1 final score.

Next up, OG had to face the mighty Team Secret in the Grand Final, and it was going to be an uphill battle all the way.

Team Secret put up a heroic fight but OG were in the drivers seat for the entirety of the grand final.

Team Secret’s strategy was to slow the game down so that Jacky “EternaLEnVy” Mao could find his farm but OG knew this and came out swinging straight away.

Team Secret were denied their signature four-protect-one style by the constant pressure coming from OG. To stand a fighting chance, Secret had to do something they hadn’t had to do until now. They had to abandon their comfort picks and adapt to OG.

N0tail mentioned in a post-game interview that the patch favored OG and boy did they abuse their power spike in the Grand Final. OG proved too much for even Team Secret to overcome and they took the Grand Final with a 3-1 score and with it the first-ever Dota Major trophy.

Their names now forever engraved in Dota 2 history, OG’s victory will go down in history as one of the greatest Lower Bracket tournament runs of all time.

Of course, this was just the beginning of OG’s domination in the Dota 2 world. Since then, the team has claimed three more Valve Majors as well as back-to-back TIs in 2018 and 2019, making OG the first, and so far only, team to win two TIs.

The roster has changed over the years but N0tail continues to lead his team to victory. With the first Major of the 2021 DPC just around the corner, will we see OG reign supreme once again?