Fnatic without Raven at ESL One Malaysia, Palos stands in 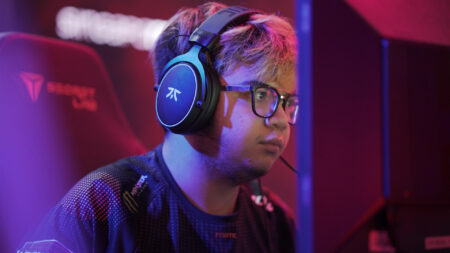 Position one player Marc “Raven” Fausto has tested positive for COVID-19 and will miss the tournament. The 23-year-old is already “well on his way to recovery,” however, according to an official post from the organization. The rest of the team has also tested negative.

Meanwhile, fellow Filipino Jinn “Palos” Lamatao, currently playing for Execration, will stand in for the duration of the tournament. The 20-year-old finished first in the Dota Pro Circuit SEA 2021/2022 Tour 3 with his team, and Execration will be one of the teams competing in the TI11 Regional Qualifiers.

Fnatic roster for ESL One Malaysia 2022

This is the second international tournament in a row where the SEA powerhouse will need to call on a substitute. The team played with three substitutes at the PGL Arlington Major, finishing 9th-12th. Fortunately, the team still managed to barely qualify for The International 11, according to an announcement from Valve.

Fnatic, directly invited to the tournament, will be competing in Group B along with fellow SEA team BOOM Esports.

READ MORE: Miracle- to miss ESL One Malaysia 2022 due to health issues