Miracle- to miss ESL One Malaysia 2022 due to health issues 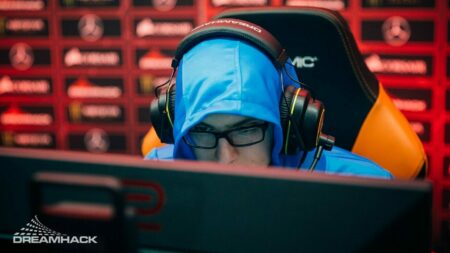 Update on August 23, 1:51 p.m. GMT +8: Randy “Dreamocel” Sapoetra, who last stood in for Nigma Galaxy SEA, will be playing for the European squad through ESL One Malaysia 2022.

Nigma Galaxy will be missing a star for a full constellation at ESL One Malaysia 2022.

Amer “Miracle-” Al-Barkawi will not be joining his team for the tournament in Genting due to “health issues,” according to an official announcement from Nigma.

The team will be playing with a stand-in instead, which has not yet been announced.

Nigma Galaxy will play without Miracle- at ESL One Malaysia

Nigma is no stranger to substitutes. Miracle- and captain KuroKy have missed significant time over the years, be it due to personal matters or health issues. Generally, the roster turns to coach rmN- to stand in on multiple occasions.

But since the tournament is in Southeast Asia, there’s an interesting alternative here. Nigma Galaxy SEA, the organization’s affiliated team in the region, isn’t participating in the tournament.

Both Vincent “AlaCrity” Hiew Teck Yoong and Galvin “mizu” Kang have had experience playing position one, and could help out their European brethren for the tournament.