Is IU a secret Valorant fan? These selfies might prove that she’s a Chamber main

You want to play? Let’s play! 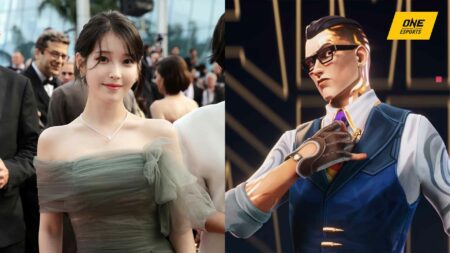 It looks like Chamber teleported into a K-pop music video.

Korean pop princess IU is all about singing high notes and serving looks on stage, but could she secretly be a fan of Riot Games’ popular FPS game, Valorant?

Fans of both the FPS and the Blueming singer could not help but notice the similarities between one of her outfits and the French sentinel — it could actually pass off as a Chamber cosplay.

IU does Chamber cosplay by accident in a 2021 live performance 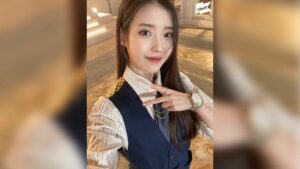 The stunning photos actually came from IU’s live performance of her 2021 song “Coin.” As part of her promotions, 1theK teased the video on Twitter with the popstar’s selfies.

In the photos, the music artiste rocked a white dress shirt and a navy blue suit vest. Her accessories were also on point, including a gold collar chain and a fancy watch. The only thing needed to complete the unofficial Chamber cosplay would be a pair of black glasses.

The song itself is all about putting your heart into a game, whether it’s love or Baccarat. With lyrics about jewels and going all in, it somewhat aligns with Chamber’s appreciation for the finer things in life, whether they’re custom weapons or the more traditional trappings of luxury.

The accidental cosplay actually happened way before Chamber even debuted in the game. The Coin video was released in March 2021, seven months before Chamber’s official teaser. But the cosplay is so good, you’ll have a hard time convincing us that the K-pop singer was not part of the beta test.

You can check out the full live performance of Coin down below: