The Duel King will be missed. 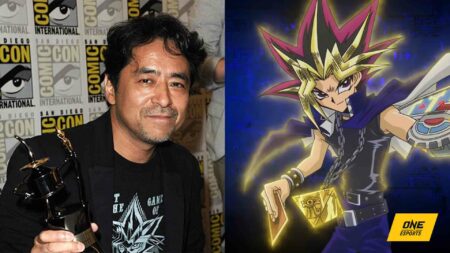 Kazuki Takahashi, the creator of the popular Yu-Gi-Oh manga, was found dead at sea in Okinawa, Japan. The author was 60 years old.

On July 6, a bystander informed the Japan Coast Guard about a person drifting off the coast of Awa, Nago City in Okinawa Prefecture. A day later, the coast guard confirmed that it was the body of Takahashi.

Takahashi was found wearing snorkeling equipment and was visiting Okinawa alone, according to the Japan Coast Guard.

The local police and coast guard are conducting investigations to determine the cause of Takahashi’s death. The coast guard stated that there were no noticeable scratches on Takahashi’s body.

The manga artist’s license was also discovered inside an unattended rental car in Onna, 12 kilometers away from where his body was found.

The Legacy of Kazuki Takahashi 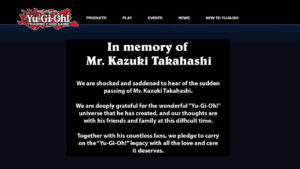 Takahashi’s Yu-Gi-Oh series, serialized in Weekly Shonen Jump from 1996-2004, is a popular shonen manga title. The story follows a young boy named Yugi Muto who solves the ancient Millennium Puzzle and awakens an alter-ego who has a deep penchant for games.

Following the success of the manga, Yugi’s universe was further expanded with anime adaptations, video games, and a trading card game (TGC) based on an actual game in the series. Takahashi remained part of the multimedia franchise as a supervisor.

The official Yu-Gi-Oh TGC website honored the creator with a message on its homepage.

“We are deeply grateful for the wonderful universe that he has created, and our thoughts are with his friends and family at this difficult time. Together with his countless fans, we pledge to carry on the legacy with all the love and care it deserves,” wrote Konami.

Status of the manga and anime

After its original manga run, Yu-Gi-Oh saw numerous anime and manga spin-offs, such as Yu-Gi-Oh GX and Zexal. As of the time of writing, the franchise has released four films and 11 anime adaptations with over 1,000 episodes.

The latest anime release in the franchise is Go Rush!!, which began airing on April 3.