The beginning of the end. 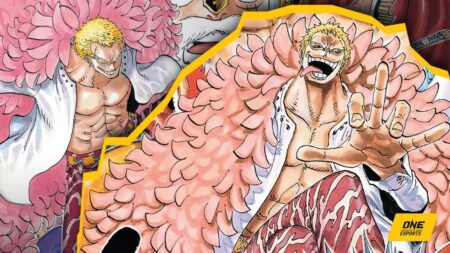 Eiichiro Oda’s shonen masterpiece, One Piece, is one of the longest-running manga in the world at 103 volumes and 1,056 chapters and counting. It was first released in July 1997 in Shueisha’s Weekly Shonen Jump and was later adopted as an anime series in October 1999.

With more than 25 years’ worth of building the world and the story, fans are already looking forward to the grand conclusion of the adventures of Monkey D. Luffy and his crew, the Straw Hat Pirates.

The mangaka (manga artist) shares a personal message to the series’ fans in one of the latest chapters of the phenomenal Japanese comics.

Eiichiro Oda: ‘From this point on, it’ll be (the) One Piece’

In the beginning of One Piece chapter 1054, Eiichiro Oda shared a message to his readers on what to expect in the upcoming chapters.

“When I was a kid, I thought to myself: man, I would love to draw a manga with the most hyped final stage! I wonder if I’m up to it,” he said in a statement as translated by fan Etenboby on Twitter. “Now, we have only a tiny bit of Wano arc left, the preparations are almost done. Took me 25 years. That said, it’s fine if you start reading from this point on, because from this point on… It’ll be… (the) ONE PIECE!!! The mysteries of this world, I’ll be drawing all of them! It’ll be super interesting! Fasten your seatbelt! And please stay with me for a bit longer!”

When is One Piece ending?

Oda’s personal goal is to end the One Piece manga in 2025, the creator confirmed in an interview with his fellow mangaka and the creator of the Detective Conan series, Gosho Aoyama. However, this is just an estimate and the actual ending could take more than three years.

“I’m not sure how many years it will take… I have answered this question so many times already I have lost credibility, so I don’t think I should answer,” he said in the interview as translated by WSJ_manga on Twitter. The latest volume of One Piece’s Road to Laugh Tale booklet might just be hinting at the next big thing in the story.

Road to Laugh Tale is a booklet series that contains Eiichiro Oda’s unpublished works. In volume 4, he showed an updated list of 66 names with the highest bounties in the series. Particularly, the bounties of Donquixote Doflamingo and Bartholomew Kuma, which are at 340,000,000 and 296,000,000 respectively, have both been annotated as old information. This means that at the moment, these two former warlords are wanted by the authorities for a higher amount.

Warning: Major spoilers if you haven’t finished reading One Piece manga chapters 574 and 1052.

For deceased characters like Portgas D. Ace and Izo, wanted warrants are no longer valid. However, the official bounty list still indicates if the reward money is new or outdated information, just like in the cases of Doflamingo and Kuma.

If Doflamingo is still imprisoned on the sixth floor of Impel Down, there would be no reason for the sudden change in his bounty information. The change might mean that he successfully escaped the underwater prison.

If this theory is true, his escape would be a great threat to the Five Elders and Im due to his knowledge of a dangerous secret about the World Government.

As for Kuma, it is highly likely that his condition improved after being rescued by the Revolutionary Army, which could lead to a demonstration of their strength and power. The next chapters could also reveal more about Dr. Vegapunk and why Kuma accepted the scientist’s offer to be physically modified.

What lies ahead of the current Wano Country Arc? We’ll find out soon!

You also wouldn’t want to miss out on the anime’s upcoming movie, One Piece Film Red, which will be released on August 6 in theaters.