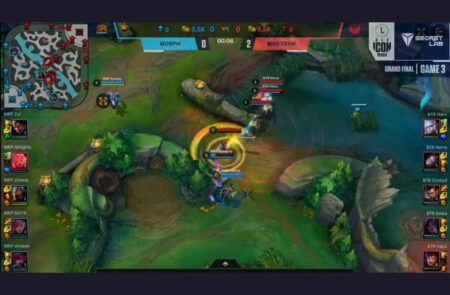 Bigetron Esports put in a dominant performance at the Wild Rift SEA Icon Series Indonesia, winning a best of seven series against Morph Team with a perfect 4-0 score.

In the pre-game interview, Bigetron playfully displayed a 4-0 score to the audience, confidently promising to sweep the series.

The team’s dominance was on full display in game 3, when the team pulled off an audacious first blood just eight seconds into the game.

Four members of Bigetron charged down mid lane to target the first opponent they saw, MRP Almighty. Their early lead snowballed fast, and Bigetron won Game 3 in just a little over 12 minutes.

With a similar strategy for the final game and a couple of kills within the first minute, Bigetron easily took Game 4.

Bigetron was unstoppable at the SEA Icon Series Pre-Season Indonesia Finals, defeating Morph Team with a perfect 4-0 score, as promised.