Everything you should know before you start playing Wild Rift

Get a head start on the new Rift. 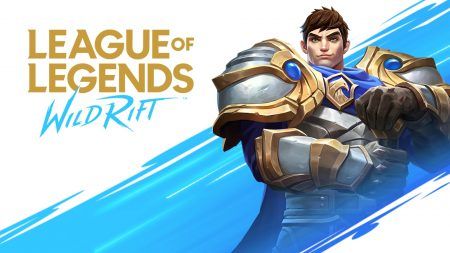 Welcome to League of Legends: Wild Rift! You’re in for a fantastic ride as this will be the first time you enter the world of League of Legends on your mobile phone. Through the lens of Wild Rift, you’ll encounter a myriad of personalities, fun adventures, and strategic gameplay.

Wild Rift is the mobile version of League of Legends played on a smaller map compared to Summoner’s Rift. Like other MOBAs, the game is a 5v5 battle, where your goal is to take down the other team’s Nexus located at the heart of the base directly opposite yours.

Like other MOBAs, Wild Rift has three lanes that run at the top, mid and bottom. In between lies the jungle that contains jungle monsters, or creeps. As such, champions will fit into different roles in-game in designated locations on the map.

All 42 announced champions (shown below with an additional six released during Closed Beta — Amumu, Sona, Varus, Dr Mundo, Singed and Jarvan IV) are entirely based off their League of Legends version. Their names and abilities have not been changed, though there were some changes made as to whether a skill is a passive, active, auto-aimed, or a skill shot.

While every MOBA has different types of champions, how they are classified and played differs from game to game. In Wild Rift, the characters in the first row of the picture show bruisers, also known as fighters, who are melee champions that tend to build a mix of defensive and offensive items. They enjoy the top lane or the jungle.

Then comes mages, or spell-casters, who deal burst damage. They are typically played in mid because it is the shortest lane on the map. Most mages are not mobile, so the safety of the nearby tower is there to help.

The third row show assassins Fizz and Zed, who are also played mid. Naturally, they fulfill a different role from mages in the game.

Next are the marksmen, or Attack Damage carries (AD carries or ADC). They’re ranged champions with the potential to deal the highest amount of damage in the game, who usually duo with a support at the bottom lane. Team compositions and team plays are commonly built around them so that they can carry the game to victory.

Below them lists tanks, some played in the top lane, while others are supports. They lane with the AD carry in the bottom lane because that is where dragon spawns — an important objective in the early game.

Lastly, there are supports Janna, Nami and Soraka who are ranged champions that bring utility to the table. They’re really good at protecting their marksman, and the main source of vision control in the game.

At level one and during the early game, each champion will play out the game in their designated role and assigned lane. As the game progresses and the game state changes, champions usually move to another lane in order to exert pressure or control an area. These movements are called rotations; where the champions slot themselves are called lane assignments.

A key thing to note that is there is no “offlane” in Wild Rift. These lane assignments — top, jungle, mid, bot, support — are fixed due to the game’s design. Roaming does occur, but only if, for example a support, wants to achieve a specific goal in another lane. This is because experience points, only gained though jungle camps or lane minions, is valuable in gaining levels.

The Rune system was adopted from League of Legends, and functions as a personalized page that offers enhanced, customized attributes. The Keystone rune is the most powerful, while the rest are called secondary runes that offer lesser stats.

Runes are set outside games, or during champion select, the phase in which both teams spend time choosing their individual selections and plan out their drafts before going into game.

The second customization feature are Summoner Spells (SS). Each player gets to choose two every game, each of which bring a unique utility with it. The most common SS is Flash, which teleports your champion a short distance towards the aimed direction.

Items and their attributes

In League of Legends you can only buy items when you’re in the fountain, and Wild Rift is no different. The fountain is an area at the edge of your map within your base behind the Nexus where you spawn and recall to. Here, you regenerate health and mana, and purchase items.

This means that your recall timing, sometimes called back timing, is an important facet of gameplay. It depends on the state of your minion wave, how much gold you have, what objectives are live on the map, and how much HP/MP you’re left with when you’re out on the field.

At a high competitive level, there are ways to achieve optimal recall timing, which can force your opposing laner into an unfavorable one. This allows you to receive more experience points, and get ahead in gold and items.

The majority of items in Wild Rift are from League of Legends, with the exception of some unique, exclusive items. Bruisers and marksmen typically go AD, where they buy attack damage to increase their offensive power. Marksmen also benefit from critical chance, attack speed, and lifesteal.

Mages love Ability Power, or AP. These items increase their magic damage dealt, and many include mana regen, mana, or cooldown which further enhance their effectiveness.

Against heavy AD team compositions, tanks opt for armor and health. Against a team that’s more AP based, magic resist is your best friend. Supports also like going down the defensive route, with a preference for items that provide utility or protective effects for their marksman.

When the game starts, the top, mid, and duo laners position according to their lane. The designated jungler, equipped with Smite, will choose to start at a camp, and proceed on a path to clear other camps for experience and gold. The route they take is called their jungle path, their process of taking down monsters in each camp is called a clear, and the speed at which they clear out camps before their next respawn is known as their jungle clear speed.

They require early buffs, red at the bottom, blue at the top side of the jungle, to help them in their clear. As there is a fixed respawn time for each camp, there are also optimal clear speeds and jungle paths to take, starting from their ‘first clear’ at level one, ‘second clear’, and so on.

Your jungler’s only source of income and XP is through the jungle, so remember not to deny them their camps, especially early in the game. Depending on their location on the map, their presence creates pressure, which in turn allows their laners to exert it. They are able to open up opportunities to place trinket wards within enemy territory that could provide useful intel.

The early game is when Dragon will spawn at the dragon pit along the river between mid and bot lane. Usually the jungler, bot lane or even the mid laner would work together to secure elemental dragons, each of which give unique bonus stats to the team permanently.

At the top river in between mid and top lane, is the Baron pit, where Baron will spawn from mid to late game. It gives a temporary buff that helps the team push empowered minion waves into enemy territory with the goal of ending the game.

Dragon and Baron are key objectives that the jungler should always aim to secure because they possess Smite, a Summoner Spell that deals true damage to monsters and minions.

Fog of war, trinkets, and vision

Trinkets are a unique feature to League of Legends and Wild Rift. They provide vision for a certain amount of time before expiration, or if they are cleared out by opponents using certain vision gaining tools.

The area across the map that is shrouded in a shadow which you are unable to see is called the fog of war. Your own minions, turrets, team mates, trinkets, or certain few champion abilities provides vision, which are areas that are lit up.

Since trinkets give vision to dark areas on the map, they are usually placed in contested areas, or in the enemy jungle to spot out enemy champions. From there, the team can make strategic decisions across the map.

To help you on your journey, here’s a cheat sheet of essential Wild Rift terms that you’ll hear in games:

READ MORE: Wild Rift will have a different item system than League of Legends