‘The pain is indescribable’ says SicK on the Valorant patch 1.07 Sage nerfs

Sage was already falling out of the meta. 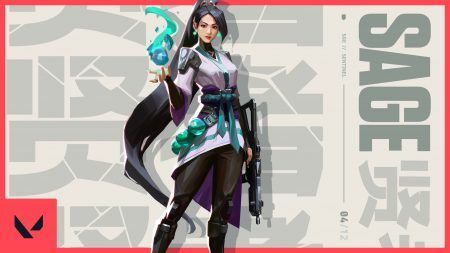 With the conclusion of all Ignition Series events for North America and Europe, Riot has decided to update Valorant’s current meta with the 1.07 patch that introduced major changes to popular agents like Sage and Killjoy, while improving shunned characters in Viper and Breach.

Here’s a closer look at the biggest winners and losers of patch 1.07.

Valorant’s most picked agent in Sage just received major nerfs with her Heal being decreased from restoring 100 health points (HP) to just 60 over 5 seconds. If Sage players decide to heal themselves, it will take twice as long for them to regain 60 HP too.

Sage’s ability to stop site rushes has also been severely weakened with her Slow Orb’s size radius being reduced to 30%. While her Barrier Orb may have been cheapened by 100 credits, but wall now starts out with 400 HP — and after a 3 second delay, the wall becomes fortified to 800 HP. This means teams will be able to quickly burst down Sage’s wall if it was just put up.

Valorant’s most annoying agent in Killjoy was also hit by Riot’s nerf hammer with her Nanoswarm now having a brief windup before it begins to deal damage. Its damage-per-second was also reduced from 60 to 40, which gives players a better chance at surviving it. Riot has also added visual effects that make it easier to spot the grenade on the ground, along with slightly increasing its audio range.

Killjoy’s Turret has also been reworked. It will no longer be revealed by Sova’s Recon Bolt and it will shoot at an enemy’s last known location.

Meanwhile, Viper received minor buffs with the controller agent being able to set up her Toxic Screen during the buy phase of rounds and even through spawn barriers. It will also go up faster along its full length.

Viper’s teammates will no longer have to worry about losing HP while in her smoke abilities since it no longer affects allies. And, her Viper’s Pit ultimate is now shown on her team’s minimap when it is deployed.

The changes to Viper’s ultimate will now make her a viable agent pick for players who look to take control of certain areas of maps together with their teammates who wouldn’t have to worry about losing HP.

The final character that received a significant buff was Breach. He is now the agent who has the most flashes after they increased his Flashpoint charge to three from only having 2. His Flashpoint’s windup time was also reduced from 0.6 seconds to 0.5. And the Rolling Thunder detonation delay between blasts was slightly decreased which gives opposing players a bit more time to react to it.

Breach’s Fault Line and Rolling Thunder will now also de-scope players and prevent them from re-scoping, which is Riot’s way of giving players a different alternative to counter the Operator.

Riot has also addressed the issue players have with all shotguns. They’ve reduced the aimpunch effect that shotguns have on players that get dinked on the head compared to other weapons in the game. They’ve also shortened the effective range of all shotguns with it less likely to tag (slow) players who get hit past 10 meters.

The Shorty’s first falloff range has been reduced from 9m to 7m. And its headshot damage multiplier has been lowered to the same level as the Judge and Bucky. The Judge has also received a minor price increase of 100 credits.

This is a huge nerf to Jett mains who often combos the Shorty or Judge with her Tailwind ability to get up close to get kills.

Finally, Riot has decided to buff the Vandal. Almost all pro players have always considered the Phantom as the better Assault Rifle in Valorant because of its superior fire rate, higher bullet capacity, and more consistent spray pattern accuracy.

But with the Vandal receiving a fire rate boost from 9.25 to 9.75 and a damage increase from 39 to 40, we could see more players opt to go with the Vandal this time around.

The patch also has a new ‘remake match’ feature in its competitive mode. When a ranked match has a player disconnected which causes the game to be played in a 4v5 setting, players will now have a vote option to end the game they’re in and queue for a new one.

If the vote is successful, all players who voted for a remake will not receive any XP or MMR adjustments for the match and it will not show up in their match history. However, all disconnected players not part of the vote will take full MMR loss for the game, and receive a leaver penalty equivalent to disconnecting from a full match.