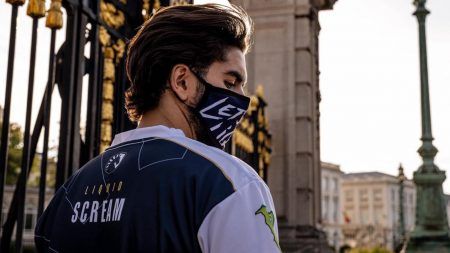 Team Liquid showed what type of damage they’re capable of in the European Valorant scene.

In the final round of the first game on Haven, both Adil “ScreaM” Benrlitom and Travis “L1NK” Mendoza won a 2v4 fight in the A-site, which gave Team Liquid a 1-0 advantage. ScreaM showcased how Reyna should be used in tournament play as a close quarter combat fighter by utilizing her Dismiss ability.

During the second game in the best-of-two group stage, Team Liquid earned their most one-sided victory in pro Valorant yet, by dominating on Split 13-1.

James “Kryptix” Affleck prevented Giants’ B-site push from garage, by spraying down the attacking team as they walked out of his Cyber Cage. In the following round, L1NK rifled through Giants’ agents who tried to rush into the A-site from A-main.

After securing two of their easiest victories in the tournament, Team Liquid is tied with Ninjas in Pyjamas and FunPlus Phoenix for first place with a 3-1 group stage record. Allied Esports Odyssey continues later with a marquee matchup between G2 Esports and NiP.