Watch the team at the Allied Esports Odyssey tournament. 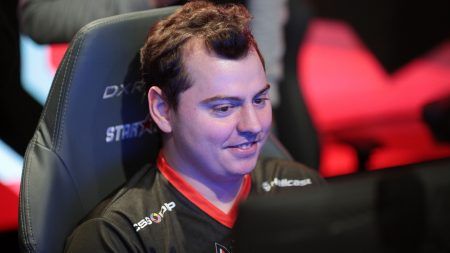 While some FunPlus Phoenix fans might be shocked to learn that the new squad is all from Europe, long-time CS:GO fans will know that Europe is generally considered the strongest region for tactical FPS players.

Team ZypanGoKill’s squad was formed from two different European stacks FABRIKEN and PartyParrots. Meddo, ShadoW, and Zyppan were previously with Swedish team FABRIKEN and finished in third place during the Vitality European Open. Meanwhile, ANGE1 and Shao were part of Russian squad PartyParrots, who disbanded after a fifth/sixth finish during the WePlay! Valorant Invitational.

The team was announced right before the start of the Allied Esports Odyssey Ignition Series tournament in Europe, which includes top European teams G2 Esports, Ninjas in Pyjamas, and the newly signed Team Liquid squad.

As fate would have it, both FunPlus Phoenix and Team Liquid made their competitive Valorant debuts against one another on the first day of the Allied Esports Odyssey tournament.

The matches were played slow and methodical, with Liquid taking game one, but FPX taking game two to tie the series 1-1, thanks to clutch performances from Meddo, Zyppan, and ANGE1.

FunPlus Phoenix’s next challenge will be a big one, as they face the kings of European Valorant, G2 Esports on August 13 at 3:30 a.m GMT +8.

READ MORE: 3 ways to counter an Operator in Valorant