This mistake cost Sentinels their NA LCQ opener against The Guard, says ShahZaM

How did this happen? 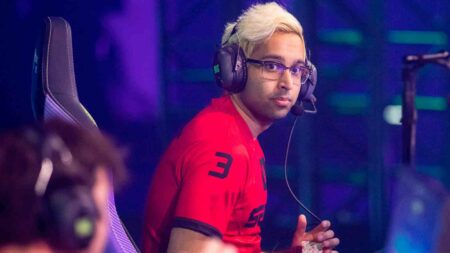 The VCT North America Last Chance Qualifier is off to a rousing start. After a closely-fought three-map series, two of which went to double overtime, The Guard edged out Sentinels’ revamped roster 2-1.

With the final map on Icebox decided by such a narrow margin — the score was 15-13 in favor of The Guard — even the smallest decisions mattered.

In the final rounds of the map, fans and pros began to question Michael “Shroud” Grzesiek’s role as the designated spike planter on Viper, an issue that in-game leader Shahzeb “ShahZaM” Khan eventually addressed on his stream after the match.

The series was tied 1-1 going into Icebox. Sentinels won their first three rounds on defense at the start of the final map, but The Guard soon responded with seven straight rounds of their own. Nevertheless, Shroud and his team managed to keep the game close, winning the last two rounds to end the half 5-7.

Sentinels found new momentum in the second half, once again winning the opening pistol and the round after that to tie up the score.

However, cracks in their executions on attack soon began to show. Shroud was the team’s designated spike carrier on Viper, an unusual decision since Viper is the ideal agent for post-plant situations.

She can use Snake Bite and Poison Cloud from a distance and prevent the enemy team from defusing the spike, which means it is vital that she stay alive in the late round to play the clutch situation.

Sentinels also had Michael “dapr” Gulino on Sage, an agent teams usually rely on to plant the spike on B site of Icebox. Her Barrier Orb wall can block bullets and mollies, allowing her to secure an early plant fairly easily.

Even Masters Copenhagen champion Kyrylo “ANGE1” Karasov was confused by Sentinels’ strategy. “Let Shroud play clutches! Plant, someone else, please. He wins it all if he survives,” he tweeted.

In the final rounds of the match, Shroud’s Viper was often gunned down while planting the spike, or left stuck in a horrible position after planting. With Shroud dead, Sentinels were effectively missing a core part of their post-plant utility, making the retake easier for The Guard.

The Guard eventually won four straight rounds on defense to find a 12-9 lead, until Shroud, ShahZaM, and Tyson “TenZ” Ngo stepped up and pushed the map into overtime.

Sentinels played valiantly, but they ultimately couldn’t secure the post-plant hold against The Guard in the final round, where Shroud once again could not get into a safe position to play the post-plant with his utility. They lost Icebox 15-13, falling to the lower bracket of the VCT NA LCQ.

After the match, ShahZaM addressed the issue on his stream, noting that dapr was actually their set spike planter on Icebox, not Shroud.

“People are mad at me or [Shane “Rawkus” Flaherty] for that, but that’s not the plan,” he said. “The plan is for dapr to plant. They just failed on that part. That was a bad mistake that cost us the map, but it will never happen again.”

Check out the full match schedule for the VCT NA LCQ. All matches will be broadcast live on the official Valorant Twitch and YouTube channels.