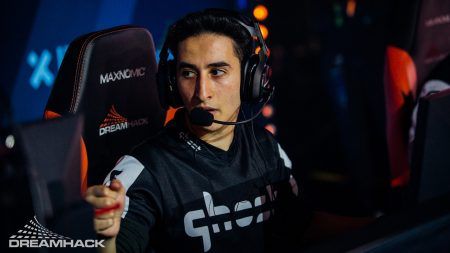 TSM has been on a mission to dethrone Sentinels after getting dominated time and again in previous tournaments. At the FaZe Clan Valorant Invitational, they made sure they didn’t waste their next opportunity.

TSM and Sentinels faced off in the most anticipated match of the tournament, taking place in the Upper Bracket Final. TSM started out hot, going 10-2 on Ascent, but Sentinels mounted an impressive comeback attempt by winning six straight rounds after the half. TSM managed to take the 1-0 victory, with Matthew “Wardell” Yu putting up a 27/13/5 KDA record.

The second game played on Haven was absolutely ridiculous, with both teams trading rounds. And right when it looked like Sentinels was going to build an early lead, Taylor “drone” Johnson on Sova would keep it close for TSM.

Meanwhile, a struggling Yassine “Subroza” Taoufik finally came alive towards the end of the map and scored four kills to stop Sentinels’ C-long push on Haven.

The match only got more hyped in overtime, as both teams looked for any type of round advantage they could get. During the 26th round, TSM delayed Sentinels’ C push so long that it came down to a fraction of a second until Stephen “reltuC” Cutler was able to survive and keep TSM alive.

The tables were then turned on TSM during the 29th round, when Jay “sinatraa” Won landed two clutch Shock Bolts and a Hunter’s Fury ultimate, which prevented the enemy team from planting the spike.

In the 33rd round, reltuC managed to give TSM match-point after an excellent C-site retake from Michael “dapr” Gulino and Jared “zombs” Gitlin. With no strategies left to play, Sentinels rushed into the C-site yet again, which resulted in TSM shutting it down and winning the series 2-0.

The match was an absolute slobberknocker which advanced TSM into the Grand Final of the FaZe Clan Valorant Invitational. But with the way Sentinels have been playing throughout the tournament, we expect them to make it to the Grand Final, as well. The most insane rematch in the history of competitive Valorant may be just around the corner.