Fnatic moves Doma to its inactive roster after Valorant Champions 2021

Is Doma moving to NA next season? 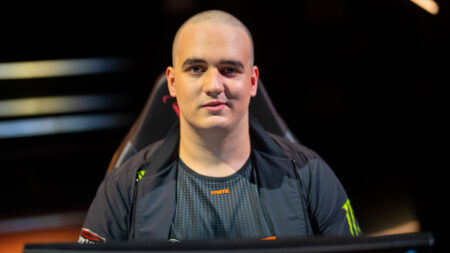 Fnatic has moved Domagoj “Doma” Fancev to its inactive roster as the team prepares for the VCT 2022 season.

The European organization has decided to go in a new direction after the team finished in 5th-8th place at Valorant Champions 2021.

The 18-year-old pro player began his Valorant pro career with European stack SUMN FC on August 5, 2020. SUMN FC was then signed by Fnatic on February 3, 2021, right before the start of the VCT 2021 season.

Fnatic had an incredible run during VCT Stage 2 where they qualified for VCT Stage 2 Masters Reykjavík. They qualified to Valorant’s first international LAN event by defeating Gambit Esports in the semifinals, 2-0, during the EMEA Challengers Finals.

The European squad put on their best performance at Masters Reykjavík. The team had a memorable lower bracket run and finished as the runner-up of the event. They were defeated by North American giants Sentinels 3-0 in the grand final.

Fnatic was able to earn enough VCT points to qualify for Valorant Champions 2021. They advanced to the playoffs as the top team from their group, defeating North American squad Cloud9 Blue and Korean powerhouse team Vision Strikers.

Fnatic’s VCT 2021 season ended after they were defeated by Latin America’s underdog squad KRU Esports, 1-2, in the quarterfinals.

Doma announced on Twitter that he is open to joining a North American squad in the upcoming VCT 2022 season, along with expanding his agent pool to almost all roles except sentinel.

“For my future though, I am now a restricted free agent open for trials in both Europe and North America on these agents: Raze, Sage, KAY/O, Skye, Breach, and Sova,” shared Doma.

The European organization praised Doma’s performance during the VCT 2021 season. They believe he has an extremely high mechanical ceiling and has proven his ability to perform at this highest level of play.

“From being the star of SUMN FC, to the star of Fnatic, to showing his selflessness by switching to other roles so that players like Derke could take the spotlight, he has really gone through quite the journey,” shared Fnatic Team Director Colin “CoJo” Johnson.