Beginner’s Guide to Valorant: Tips and strategies everyone should know

If you’re new to Valorant, you’ve come to the right place. 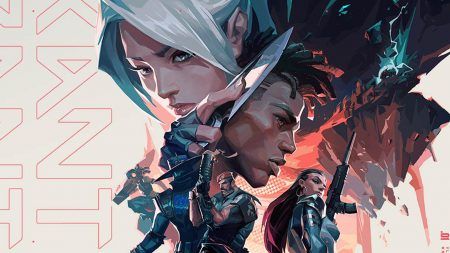 Here are some quick and easy tips to keep in mind before you jump into your first Valorant match.

In this guide we’ll be breaking down all the basic information that will help you understand the different aspects of Valorant. We’ve divided them into aiming, movement, game settings, and in-game callouts. This guide will set you on a fast track to success in Valorant. 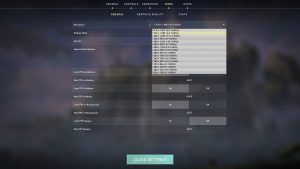 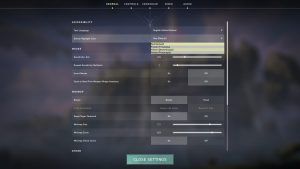 Before you even start playing, adjust your settings. Make sure to pick the right resolution that works for you. Players can choose from 16:10, 16:9, 5:3, or 4:3 aspect ratios. By default the game should detect the refresh rate of your monitor, but ensure that you’re at 144hz or 240hz if you have a monitor capable of supporting those refresh rates.

While Valorant will run on almost any machine, we also recommend that you turn most settings to medium or low. We have all quality settings at Medium, except for UI quality, which is at Low.

Vignette, Bloom, Distortion, and First-Person Shadows (which only toggles shadows created by your own character) should all be set to off. Leave “Improve Clarity” on because, well it improves clarity.

Which agent to start playing first?

The best agent to start with is probably Sova. His abilities are relatively simple to use and get good value out of.

Make use of your Recon Arrows to see around corners to ensure you’re never walking into an ambush. Even if the enemy team immediately destroys your arrow you’ll be able to see them first, and will know how many of them are there.

His ult has an approximately one-second-long animation that locks you in place while you’re using it, so in general you want to fire this from behind cover as it travels through walls.

Here’s a guide to the best places to use your recon arrow on the Haven map.

How to improve your aim

If you want to succeed in Valorant, you’re going to have to learn the different aiming and gun mechanics of the game. First, try out all the weapons on Valorant’s shooting range. Players can also practice their aim, and get an idea of Valorant’s unique gun spray patterns.

It’s important to note that moving while firing in Valorant dramatically decreases your accuracy, so if you’re coming from a game like Overwatch, Fortnite, Apex Legends, or Call of Duty: Modern Warfare, you’ll need to learn to stop moving before firing.

To make yourself harder to hit crouch spam rather than strafe, as crouching does not affect your accuracy.

If you already play another FPS, head to this website to calculate your equivalent Valorant sensitivity.

For more advanced tips on improving your aim, check out Tenz’s guide to how to aim in Valorant.

Tips for improving your movement

The most important thing to remember when playing Valorant for the first time is that the enemy team is always listening. Running in Valorant makes an incredibly loud and distinct audible sound that gives away your location, so when possible you want to hold Shift to walk, which is silent.

Peeking is a move used in first-person shooters that allows players to gather quick information about the enemy’s whereabouts based on placements. The quickest way to peek is called jiggle-peeking, which gives players some idea of where the enemy team is. It can also be used to bait opponents into shooting at certain corners.

Players can also wide peek, which is a term used when players take extra steps after exiting cover to aim at the opponent. Wide peeks force opponents to adjust their aim at a moving target, which often catches them off guard.

The in-game minimap on the upper left of your HUD will also show your agent’s location so make sure to communicate with your team whenever you spot opponents on the map. You can also turn on/off vision cones, which roughly give an indication of your sightlines.

You can set the minimap to a static position or to auto-rotate based on your direction. You can also adjust the degree of zoom.

What to buy at the start of each round 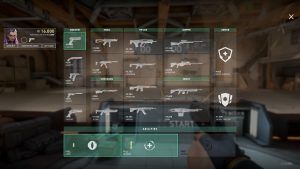 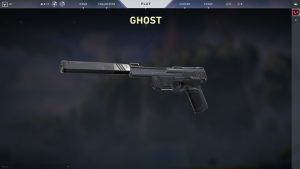 In the first round, a.k.a. the pistol round, you’ll have 800 credits. Generally speaking you should spend 500 credits on the Ghost pistol, as it is highly accurate, and does a lot of damage with a falloff starting at 30m. It will one-shot headshot anyone without armor at 30m or less. 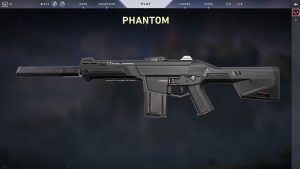 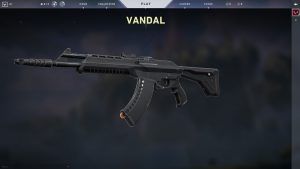 In the second round, you can opt for an assault rifle. Our recommendations are either the Phantom or the Vandal, both of which cost 2,900 credits. Both are excellent mid-range rifles with good scopes, high damage, and reasonable recoil. The Phantom is a little more forgiving, especially if you’re not too confident with headshots, but the Vandal does more damage per shot and can actually one-shot headshot a fully armored target at almost any range.

After buying your Assault Rifle you should prioritize light and heavy shields buying the best that you can afford.

In later rounds, if you’re confident in your aim, you can spend 4,500 to get the Operator Sniper, a.k.a the OP.

It’s earned its nickname because it’s one of the most dominant weapons in the game in the right hands. The OP deals 127 to the leg or 150 to the body, meaning you can one-shot fully armored enemies with a bodyshot. It also does 255 to the head, but you’ll never need this.

While it’s possible to win a round of Valorant by just killing the entire enemy team, you should always be aware of the Spike. On attack you have two or three options for planting the Spike. Some basic strategies involve the entire team rushing one point (Rush C is no longer a meme), or splitting the team up to confuse the defenders. Send four players as a decoy over to A to make it look like a full Rush and to pull the defenders over there, while the actual Spike carrier heads to C to plant.

Another common strategy for the attacking team is called Baiting.

The idea is a player charges into enemy territory, which instigates a gunfight. This means the player who ran in is basically baiting enemy players to shoot at him, while his team gets information, such as where the enemy team is setup and how many of them there are.

On defense, you want to avoid having the Spike planted at all, because once it’s planted, the attackers can just sit back and defend it knowing that you’re forced to engage. A quick tip is to fake a defusal by starting to defuse then immediately backing off. The attackers will think they can catch you defenseless since you’ll be defusing, but you’ll actually be ready and waiting for them.

Note that it takes 4 seconds to plant the Spike, but 7.5 seconds to defuse it. However, you can defuse the Spike to halfway and retain progress.

Finally, here are some call out terms you might hear in voice comms, and what they mean:

Heaven is a position in the map that has a high vantage point.

Long is usually a long hallway or corridor on a map.

Rotate is a call used when the enemy team is moving their agents to a different Site.

For Spike plants, players will sometimes call “planting safe“, if they feel like the enemy team is nearby but need to plant the Spike anyway.

Another term is default, which means it is the most common spot to plant the Spike. This will vary from map to map.

READ MORE: The biggest winners and losers of Valorant patch 1.0