Think you can beat a Tekken god in style? Here’s the best way to do it.

Red Bull Golden Letters is a two-day Tekken 7 LAN event that will see grassroots United Kingdom and European players compete for a chance to battle the top Tekken pros in the world, but with a unique twist. 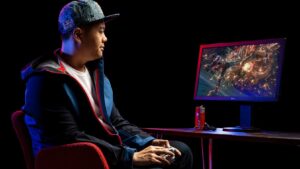 The main tournament event will feature a 96-player open qualifier on the first day, with only four players being invited to the championship on day two. Four world-class pros — including Red Bull’s Arslan “Arslan Ash” Siddique and Hoa “Anakin” Luu — will be invited to complete the top 8 bracket.

Red Bull will also hold side events such as “Beat The Pro” — an opportunity for aspiring players to go head-to-head against Anakin and Arslan Ash — and “Europe Vs The World Clash” — a 5v5 special exhibition that features the two aforementioned Red Bull players as well as other well-known pros.

How to participate in the event

The event is open to all UK and EU players above the age of 18. You can sign up and pay for the Open Qualifier entry fee of UK£12 (EU€15) at the official Golden Letters event page. Players who have paid will be added to the smash.gg page.

As of now, all 96 player slots have been booked and Red Bull has opened a waiting list registration page.

Where to watch the Red Bull event

You can watch the event live on the official Twitch channel of Red Bull.