Watch or join three regions of Tekken every Wednesday. 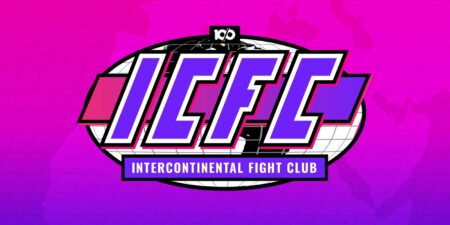 If you’re interested in joining the rising fighters of the Tekken world, then the Intercontinental Fight Club is your best bet.

Organized by digital media company ten/o, the ICFC is a weekly tournament circuit that hosts the three regions of Asia, Europe & Middle East, and North America.

While it may sound like an exclusive Tekken club, the ICFC is free to enter for anyone who’s willing to be the next challenger. Already in its second season of the year, aspiring Tekken players can register for Season 2 every Monday to compete the following Wednesday, fight some of their Tekken idols, and win some cash prizes.

If players can rack up a substantial amount of points throughout the weeks and land in the top 8, they will also get to participate in the ICFC Season Final, where the region’s best fighters will fight for the title of the regional champion along with 45% of the crowdfunded prize pool and some additional prizes.

Though ten/o seems to be a new tournament organizer in the Tekken scene, the company has tapped figureheads of the FGC to partake in its weekly bouts.

You can catch the likes of Hoa “Anakin” Luu, Reepal “Rip” Parbhoo, and Pocholo “Poch Spice” Estrada commentating and giving their thoughts on the next wave of Tekken gods in each region.

You can watch ICFC’s weekly Tekken action in the links down below:

For more information about the ICFC and how to join, you can check out its official website and smash.gg league page.

READ MORE: The ‘Pinya Step’ is Tekken’s most unbeatable move