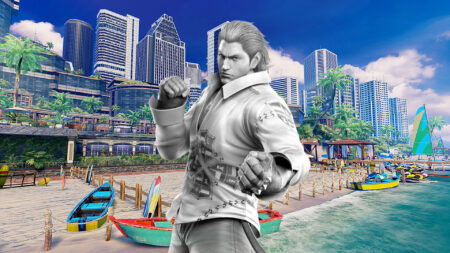 Aside from introducing the karate-chopping prime minister of Poland, Lidia Sobieska, patch 4.10 issued out a ton of significant nerfs to S-tier characters, one of them being superboxer Steve Fox.

While this might be a sigh of relief for the Tekken community, many Steve players are now calling the character unplayable. Pakistani Steve specialist Heera Malik voiced out his feelings on the harsh nerfs that his main had to face.

“I have put my life in Steve,” said Heera. “Steve has been nerfed so many times, but this time he is dead. Steve literally doesn’t have any homing move now.”

The homing nerf that Heera is referring to is Steve’s df2, which used to catch opponents in both sidesteps for some quick damage output. Now, Bandai Namco has made the move completely linear, meaning that you can easily punish it with a sidestep.

Another big nerf to Steve’s move list is his b1, a trademark counter-hit launcher. Seeing as how you can get a full combo from it, the developers have added three frames of whiff recovery to the move, making it easily punishable if your enemy Steve is not close enough.

While these are two key moves that have been nerfed, some players are saying that this will refine Steve to be a harder character to decipher.

Instead of seeing the nerfs as a bad thing, French specialist Douglas “DougFromParis” Chazal knows that he can grow better as a Steve player.

“As a Steve main, I’ve been asking for these types of nerfs for almost three years,” said DFP. “These changes will make Steve a more sophisticated character to play and I will be stronger than this.”

“I like having to put some thought into my combos,” said Arya. “All of these changes are about making Steve players think more.”

For more information, you can check out the full Tekken 7 4.10 patch notes.

READ MORE: Fahkumram has been nerfed to oblivion in Tekken’s latest patch