Chanel put on a masterclass of mechanical skill. 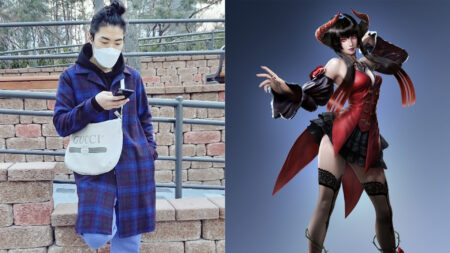 With Tekken 7’s game-changing introduction of 2D guest characters, Akuma and Geese Howard easily became staple picks in competitive Tekken for their death combos, but no love was really shown for Tekken’s own 2D-inspired character, Eliza.

Regardless of her infamous reputation, South Korean pro Tekken player Kang “Chanel” Seong-ho recently showed off on his stream what the vampire is capable of.

In the short practice video, Chanel pulls off a stage-carrying combo that features an incredible eight dive kicks. With the dive kick input being d,db,b+3 or QCB+3, the ROX Dragons player had to carefully micro-dash in between each kick to successfully continue the juggle.

Chanel finished the hand-cramping sequence as an insane 24-hit combo of 104 damage, proving that Eliza can still pack a punch — as long as you have god-tier mechanics.