Bandai Namco finally got it right with Lidia Sobieska’s release

She ain’t no Leroy or Fahkumram. 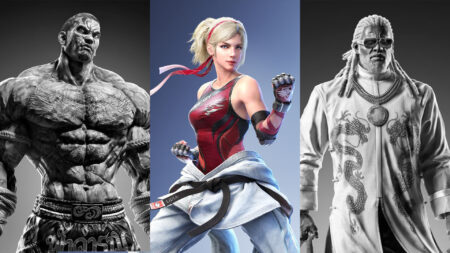 Tekken’s newest fighter Lidia Sobieska has been making her way into the competitive Tekken scene and so far responses to her have been pretty positive.

Lidia has been carefully finetuned by Bandai Namco to be a worthy addition to the Tekken roster. Unlike previous fighters Fahkumram and Leroy Smith, who were both massively overtuned on release, Lidia has enough novelty to be viewed as a potential main but still has enough substantial flaws to fend off players who want to win through cheese strats.

Looking back at the releases of Leroy and Fahkumram, the instant rise of Leroy-filled brackets and Fahkumram mirror matches filled almost every Tekken tournament in 2020.

One of the last offline events of 2020, EVO Japan 2020, highlighted just how broken Leroy was. With a top 8 featuring six Leroy players, Tekken champion Nopparut “Book” Hempamorn ended the tournament by bluntly saying “just pick Leroy” if you want to win.

Fahkumram was a lesser evil in the aftermath of Leroy, but the Muay Thai master still posed a substantial threat in high-level competitions, even pushing many to fight Fahkumram with Fahkumram. 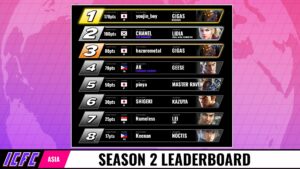 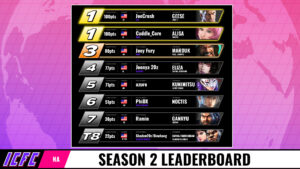 Now looking at Lidia’s current appearance in the Intercontinental Fight Club, the Polish prime minister found a spot in the top 8 of two regions with players like Nuno “Chickenmaru” Barbosa, Mickaïa “Kalak” Rabenja, and Kang “Chanel” Seong-ho playing her. Interestingly enough, the character is nowhere to be seen in the higher rankings of the NA region.

While her recent high placements in a few regions may make her a cut above the rest, she doesn’t have the same dominating presence as her predecessors.

Aside from the mentioned names, we can see that Lidia fits perfectly among a varied cast in the top placements, proving that she’s not really an OP character. A few Lidia mirror matches may occur, but it’s nothing too crazy to merit a flurry of nerfs.

The primary reason for Lidia’s organic appearance on the leaderboard is all because of her thoughtful character design. As a strong karateka, Lidia brings a lot more karate into the battle and equips users with her compact Cat Foot mix-ups.

Though she has some crazy damage output and insane punishes like Political Storm, the developers made sure to input some downsides like her linearity and lack of defensive mechanics to avoid the possibility of another Leroy or Fahkumram situation.

With Bandai Namco finally making a new character that plays into the meta rather than breaking it, we’ll likely see Lidia find her place as a fair and honorable pick amongst many Tekken players in the long run. Osu!