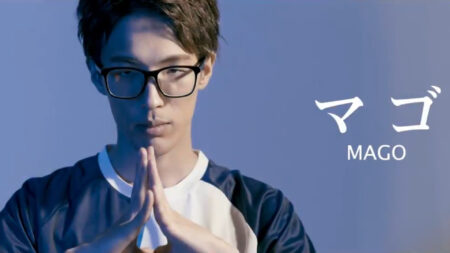 The first Capcom Pro Tour 2021 event has concluded with Kenryo “Mago” Hayashi winning the stacked Japan 1 online regional premier. This means he is the first player to punch his ticket to Capcom Cup 2021.

The tournament was also the first CPT event under the 6.01 patch with Dan Hibiki added to the SFV: CE roster. We even saw Kubo “StormKUBO” Arashi pick Dan against Keita “Fuudo” Ai during the Top 16.

Ultimately, the tournament was dominated by Mago who defeated Hiroki “Kichipa” Asano, Toru “Tachikawa” Tachikawa, John Takeuchi, and Street Fighter legend Hajime “Tokido” Taniguchi twice in a row. Mago finished with a perfect record, winning all 10 of his matches to be crowned champion.

Mago’s expertise with Cammy continued to get better as the tournament progressed. Against Tokido’s Urien, Mago barely made any mistakes and was able to capitalize on every hit-confirm he landed. Mago even came up big during clutch situations, as he took control of the Grand Final after losing to Tokido in the first game.

Mago made hard reads against Tokido towards the latter portion of the match. Knowing that Tokido was looking to use an Aegis Reflector, Mago interrupted Urien’s incoming Chariot Tackle with one of his normal attacks. Mago then got to game point after landing a ridiculous air-juggle combo with Cammy’s own V-Trigger.

With all the momentum on his side, Mago seized the opportunity and continued to apply pressure against Tokido, who had started playing more passively. Mago finished his CPT 2021 Japan 1 online regional premier campaign with a perfect 10-0 match record.

Mago’s first place finish earned him US$2,500 in prize money. He also became the first player to qualify for Capcom Cup VIII. The next CPT 2021 online regional premier is the Central America West 1 set for the Latin America region, taking place from May 1 to 2.