The ‘Full Strike’ meta is taking over MPL Indonesia

Get ready for tons of damage. 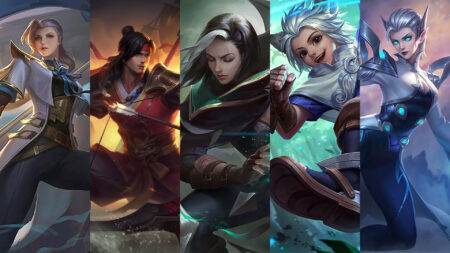 Indonesia is arguably one of the strongest regions in the Mobile Legends: Bang Bang scene, trailblazing winning strategies and tactics in the Land of Dawn. As time passed, Indonesia’s influence also extended to the Philippines and Myanmar.

As seen in the M2 World Championship, MPL PH representative Bren Esports adopted a style with an Indo flair against Grand Final opponent, Burmese Ghouls. This led to some close and intense skirmishes throughout the series.

With their championship-style gameplay, the two teams unveiled the modern meta of MLBB, the Full Strike meta.

In Full Strike, a team drafts its entire composition with heroes that have burst capabilities and high mobility, relying on full damage output and extended team fights to win the game.

With teams starting to experiment in this meta, it’s now very rare to see full tank heroes in competitive play. Not many teams are willing to play initiators like Atlas, Khufra, or Franco because their skillsets don’t provide the damage.

With tanks becoming obsolete, teams are now opting for a “bait role” instead — a hero that’s responsible for luring and distracting enemies.

Examples of heroes who fit the bait role include Jawhead, Silvanna, and Benedetta. Apart from being able to withstand damage, these heroes are agile and can pack a punch in the early game, which allows teams to pick fights early.

Since MPL teams have no real tanks in this Full Strike meta, they also end up drafting a mid-support duo to provide the much needed crowd control.

The mid-support duo strategy is diverse when it comes to which heroes you can use. Physical heroes like Benedetta, Lapu-Lapu, and Brody are now viable options in the support role and, in turn, mages can enter the side lane to offset the physical damage.

If a team goes with two support mages in mid, they will usually slot in a marksman or fighter side laner, and a thick offlaner like Uranus, Baxia, or Esmeralda to take a bulk of the enemy team’s damage.

Looking at the bigger picture, the traditional 1-3-1 formation is still seen in the new playstyle, but the placement of roles is very flexible. Roaming heroes now prefer assisting their side laner, creating the new 1-1-1-2 formation.

The Full Strike meta brings the game into a more skirmish-heavy setting. All roles have the chance to initiate, creating more engagements that last longer than a single clash.

One prime example of Full Strike is EVOS Legends’ third week in MPL ID Season 7. Jungler Ferxiic’s gameplay was so crucial that many consider it a key factor in EVOS’ sweeping victories against ONIC Esports and RRQ Hoshi.

During their second match against ONIC, EVOS went for a full-damage composition with Benedetta as an offlaner, Harith in the gold lane, Yi Sun-Shin as the jungler, and Eudora and Silvanna as support.

Many believed that EVOS was at a disadvantage by drafting such an experimental composition, but the White Tiger team had incredible plays with Ferxiic’s Yi Sun-Shin initiating fights and Antimage’s Benedetta dashing in and out of the enemy team’s reach.

Of course, the Full Strike meta still has some flaws. The most effective way to contest such an all-out composition is with some solid crowd control. Seeing as how Full Strike heroes frequently initiate, opposing teams can actually lock them down using CC-heavy heroes like Kagura, Tigreal, and Atlas.

Regardless, the Full Strike meta is an innovative take on Mobile Legends that blurs the lines between heroes and their roles. While teams like EVOS are already drafting this way, it’ll be interesting how such a meta would work and develop in other leagues like the MPL PH and MPL MY.