Read this before you start playing Belerick in ranked 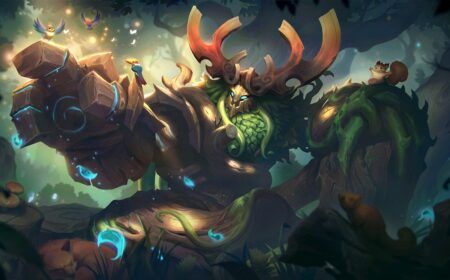 RRQ Hoshi wowed the crowds with some unorthodox picks at the M2 World Championship Group Stage.

In their match against EVOS SG on Day 2, Lemon dominated with a lesser-known sidelane hero pick in Belerick.

Despite being such an off-meta pick for the RRQ player, Lemon was a key playmaker and finished the game with a 1/2/12 KDA. So is it time to start playing Belerick in ranked?

Well… here are some things you might want to consider first.

Belerick’s skill mechanic makes players unable to act alone in the Land of Dawn. To become a crucial component of the game, he always needs to be accompanied by the rest of his team for anything to happen.

Even when Belerick is able to lock down a target with his skills, other players must immediately follow up if they don’t want the opponent to immediately run away.

In short, this is a team-play hero and it’s extremely rare to find a team with high cooperation in public ranked games.

Belerick is difficult to use during the laning phase

If you pay attention to Lemon’s match, he often cuts minion waves behind the opponent’s tower. The main reason for this is to disrupt his opponent’s laning capabilities and keep himself in control.

To add on, Belerick also doesn’t have instant skills that can be used to harass opponents so cutting minions is the only way to suppress the opponent’s lane.

If you’re thinking of using Belerick, keep in mind that cutting waves is a difficult task because it requires accuracy and timing.

Belerick can’t contribute as much if he has no farm

In your usual ranked game, Belerick is chosen to be a support tank over anything else. This doesn’t give him the privilege of farming like Lemon did in the sidelane.

If you don’t have the essential items like Antique Cuirass and Immortality early in-game, Belerick really won’t have a big impact on the team. Therefore, it would be better to use another hero who has more independent skills as a support tank.

So should you play Belerick in ranked? If you queue with a stack (and they can support you like RRQ Hoshi supports Lemon) try it out! But if you’re a strictly solo or duo queue player, you might want to reconsider it.