This is how TheShy is dominating with top lane Kalista

And if you’ve got the skills, how you can too. 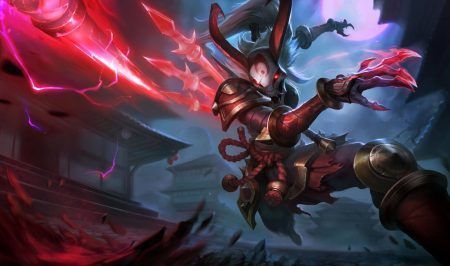 Since her release in 2014, Kalista has generally been played as an ADC. However, while the LPL was suspended, Invictus Gaming star player, Kang “TheShy” Seung-lok, has been playing Kalista in top lane and dominating solo queue with her.

When LPL resumed, Invictus Gaming first picked her against Vici Gaming and went on to win both games.

Here’s exactly why TheShy is so dominant on top lane Kalista:

Remember the popular Kalista-Tahm Kench combo during the 2015 World Championship? We haven’t seen her since then due to major nerfs at the start of season six.

It was only in season nine and ten that she received a series of buffs that increased her base attack damage, attack damage growth, and attack speed growth. Not to mention, Pierce (Q) base damage was doubled at level one.

Sentinel (W) and Fate’s Call (R) are only useful when you have a partner in lane, so he delays putting points into them.

If he wins the lane early, he will forgo her ultimate at level six, especially since his jungler is more likely to pressure the opposite side of the map.

2. Hail of Blades got buffed

Hail of Blades grants 110% bonus attack speed for the next three basic attacks against champions and lasts three seconds. While active, it removes the attack speed cap.

In patch 10.4, Riot Games wanted to broaden the use of Hail of Blades. They increased the maximum time between attacks from two to three seconds, and increased the cooldown to eight seconds out of combat.

Watch how TheShy takes Lucian down to half health with three auto attacks, Hail of Blades and a Rend:

When he goes up against melee champions, he adds Taste of Blood as it is easy to auto-attack opponents to heal, and Alacrity for the free attack speed.

In matchups where auto-attacks don’t come freely, he opts for Sudden Impact to boost short trades. Against tanks, he swaps Alacrity for Cut Down.

A new item that gives lifesteal, attack speed and favors 1v1 situations? Sounds like a perfect match for Kalista top.

Its uniqueness lies in its passive: “While near one or fewer visible enemy champions gain 8 lethality and 40-100% attack speed (lvl 1-18), decaying over 3 seconds if other enemy champions get too close.”

TheShy buys Sanguine Blade as a core item even before Blade of the Ruined King. After completing Runaan’s Hurricane as a third item, the build should adapt to the game.

As Kalista thrives on mobility, Quicksilver Sash is a common item to purchase. It builds nicely into Mercurial Scimitar which adds more lifesteal into her build.

Martial Poise allows Kalista to wind up a movement command after every basic attack, lunging a short distance when she launches her attack.

Her passive re-positioning mechanic is unique in League of Legends, and scales with boots tier.

Season ten marked the rise of tanks and brought with it a new champion, Sett. Since the top lane meta pool are vulnerable to kiting, what better champion to pick against them than the Queen of Kiting herself?

Kalista is a high skill cap champion. In order to thrive, players need to be impeccable when it comes to positioning. One wrong step, and she gets crowd-controlled or burst down.

Her combos revolve around her first skill: If Pierce scores a kill, the spear will continue onward, passing all Rend stacks from the dead victim to the next enemy it hits.

The extra range works extremely well in lane as she can stack Rend on minions, then transfer the damage over to the enemy champion.

These moves may look easy, but believe us when we say Kalista top is not for everyone.

Since TheShy’s top lane Kalista debut, only three other top laners have played her competitively in the Vietnam Championship Series and Turkish Championship League.

With LEC and LCS resuming online, we’ll see if more teams draft her in the top lane.