LEC Spring Split to resume with all matches played online

Matches will be played from each team’s home facility. 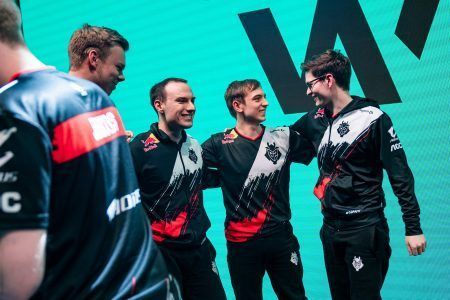 The LEC Spring Split is back after a brief suspension due to COVID-19.

Moving forward, all matches will be played online as opposed to the usual live stage in the LEC Studio.

All matches will be played from the teams’ respective home facilities, with the LEC taking extra measures including video, screen, and audio recording to ensure integrity.

“…We will be implementing a variety of measures to protect competition integrity to the extent possible in a remote environment, including additional cameras to monitor the rooms the players will compete in, fully monitoring voice communications, screen recording, and remote control ability, on top of other measures currently being considered,” according to a statement released by Riot Games Head of Esports for EU Alberto “Tiroless” Guerrero.

The possibility of pausing and resuming matches is also being considered by the LEC.

Week 8 of the LEC will start this Friday on March 20.