He has a 53% win rate on top lane Kalista in solo queue. 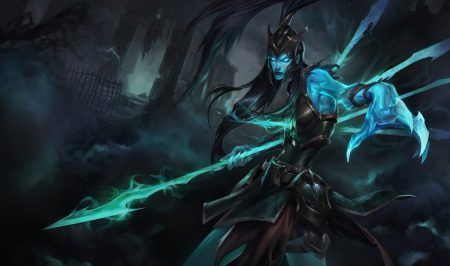 Invictus Gaming top laner, Kang “TheShy” Seung-lok, has apparently been using the LPL break to test out some weird and underutilized heroes. Among them, Kalista, who, since her release in November 2014, has never once been used in the top lane.

Instead of prioritizing meta champions like Ornn and Miss Fortune who were open, iG first picked Kalista on blue side in their clash against Vici Gaming.

Hiding their cards, they then selected Olaf and Rumble. It was only in the second phase that iG locked in Ezreal and Yuumi, confirming that Kalista was going top.

The game plan was simple: Take full advantage of the ranged versus melee matchup, lead in CS, and split push for the win as the rest of iG absorbed pressure.

Riding on their success, iG first picked Kalista again in game two. Despite VG adapting with Kennen top, he could not match trades in the early levels.

TheShy has been spamming Kalista in solo queue since the end of February. The champion received slight buffs in season nine, and most recently in patch 10.1.

Combined with a buffed Hail of Blades rune and new preseason item Sanguine Blade that boosts attack speed in 1v1 situations, he demonstrated Kalista’s power in both games.

After completing Sanguine Blade as a core item, Kalista top runs Blade of the Ruined King and Rapidfire Cannon instead of Runaan’s Hurricane because she isn’t looking to team fight.

Traditionally, Kalista is an AD carry played in bot lane. Her ultimate, Fate’s Call, requires players to bind a partner – her support. In top lane however, Kalista usually binds her jungler, which makes ganks stronger from level six.

While she sits on a two-game 100% win rate, it is unlikely that pro teams will jump on her. Kalista top is risky, for the team will be forced to draft around her and work the map in coordination while trying to secure objectives.

In between solo queue games, TheShy has slipped in Lucian and on-hit Neeko. Will we see more AD carries flexed to top? iG’s next match will be against Rogue Warriors on March 15. At 3-0, they are looking to continue their win streak.

READ MORE: 5 changes you need to know to adapt to Patch 10.5