Reworked Mordekaiser gets the nerf hammer after just two days

He’s been dominating the top lane. 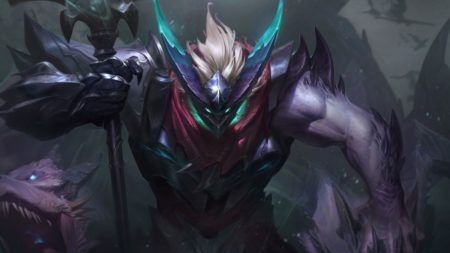 After just two days on the live servers, the reworked Mordekaiser has been hit by the nerf hammer.

His passive, Darkness Rise, which lets him deal damage and move faster when he hits three spells or attacks on enemy champions, has also been nerfed.

The nerf is on live servers now.

Mordekaiser has been dominating the top lane since his release earlier this week in Patch 9.12.

He has the highest win rate of any champion, winning a ridiculous 55% of games he appears in, and has a 13.6% pick rate, which also makes him the top-picked champion, according to data available on op.gg.