One shot, no kill. 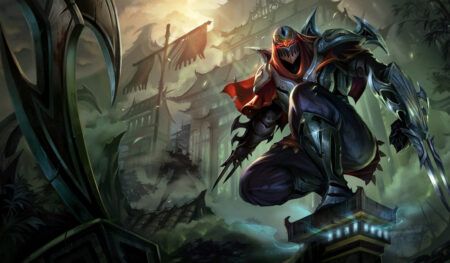 The League of Legends patch 12.11 patch preview was first released on Twitter by Riot Games’ Summoner’s Rift lead designer Matt “Phroxzon” Leung-Harrison on June 1. One of the highlights of the patch was the assassin buffs, where lethality, AP, and tank Mythic items were slated to be strengthened.

However, two days before the official release of patch 12.11, Riot Phroxzon tweeted that the team had changed their minds about buffing lethality items with the exception of Umbral Glaive.

“We’re going to take some time to evaluate the magnitude and direction of these changes post 12.11,” he wrote, going into greater detail about why they omitted the assassin buffs from patch 12.11.

Assassin buffs in patch 12.11 scrapped because they needed to be assessed in relation to fighter items

The recent patch 12.10 Durability Update drastically changed the way League of Legends is played. Champions across the board were made tankier with additional base HP, armor, and magic resist stats added.

However, the game developers were rightly cautious about how the update would affect the role of assassins in the meta, not wanting this class of champions to lose their identity.

Riot Phroxzon acknowledged that assassins should possess kill threat in order to fulfill their function in the game. However, the game developers noticed that some players started to build fighter items like Death’s Dance on assassins on patch 12.10, especially since team fights last longer.

“When lethality items have equal or less damage than fighter items, assassins building fighter breaks their fantasy, and strength and weakness profiles,” Riot Phroxzon explained, pointing out that at higher Elo, 25% of Mythic purchases on assassins were fighter items, while 20% were Legendary tier items.

As such, if Riot buffed assassin items this patch and proceeded to nerf fighter items in the next, it would ultimately hurt fighters more.

“Win rates for assassins are tricky. Technically, champions are balanced between 49-53% (with lots of nuance for skill bracket, frustration, pro, etc.),” Riot Phroxzon stated. “This is a massive range. If a champion at 49% is buffed 3%, it’s a massive buff, but they’re still ‘balanced’ afterward.”