If evil, why hot? 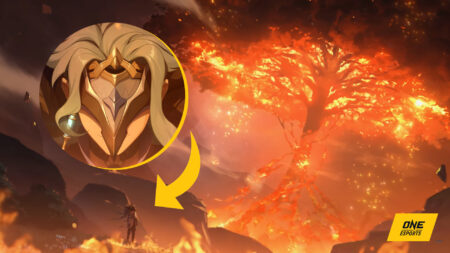 This was the first time fans had a good look at all 11 members that gathered to mourn the death of their comrade, Signora, who was killed by the Raiden Shogun in a duel. Prior to the teaser video, players only interacted and saw Tartaglia, Scaramouche, and Signora in-game.

Many fans were delighted about the Fatui Harbingers reveal, seeing the character designs and hearing the voices of the antagonists in the open world video game. While others gush on their new waifus and husbandos, lore experts and theorists break down details of the teaser video.

The video opened with Signora’s Hellfire Butterfly above a chess board, where the Gnosis of Archons Venti and Zhongli were being used as chess pieces. The first of the Fatui Harbingers, Pierro, moves the white knight and knocks off a black pawn, to which the pyro butterfly lands.

This scene may signify the Raiden Shogun as the white knight, taking down Signora as the black pawn in a duel.

“Because on this chessboard, ‘checkmate’ is not where the game ends,” Pierro said, alluding to the death of his comrade.

Dottore gets a new look — comparing his manga and game form

The Doctor, Dottore, gets a design upgrade in the teaser video.

In the manga, he is seen wearing a black and white mask reminiscent of the protagonist in the Phantom of the Opera. In the game, he wears a sleek mask with a metallic finish, similar to Tartaglia in his delusion form.

Dottore appeared at the end of the video, standing in front of a large, burning tree. This might be hinting at Dottore as the next Fatui Harbinger that travelers will be meeting soon in Sumeru.

The most noticeable thing in Pierro’s character design is his left eye, which bears a Primogem-shaped pupil similar to characters who are from Khaenri’ah, like Dainsleif and Kaeya.

He also wears a black and blue mask that bears details similar to Dainsleif’s. Khaenri’ah was once a powerful nation but was destroyed by a catastrophe known as the cataclysm 500 years ago.

If you want to learn more about the Jester, you can read the short narrative included in the Mocking Mask artifact from the Pale Flame set. In the description, the Fatui Harbinger revealed that he was from Khaenri’ah and survived the cataclysm. He decides to devote himself to the Tsaritsa and ultimately rewrite fate. He chose his alias, The Jester, because he laughs in the face of fate.

READ MORE: All Fatui Harbingers, their ranks, and voice actors in Genshin