This is what happens in Genshin Impact’s endgame

Primogems won’t save you this time. 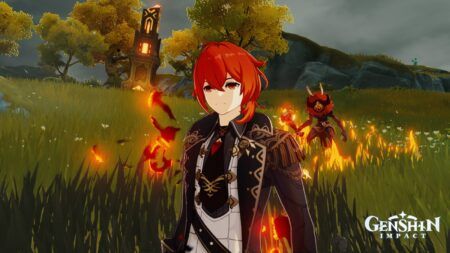 Genshin Impact became an instant videogame hit in 2020 and after almost four months of flaunting its anime aesthetic to the world, the MMORPG stands out as one of the most popular PC and Mobile games out there.

As one of its biggest fans since its public release, I’ve gone through the nitty gritty of the gameplay and reached the supposed tail-end of the game. With countless hours and days spent on the gacha game, I’ve finally reached Adventure Rank 51 and World 7 with 18 beloved characters (except you, Amber) in my roster.

While the game started out as a fun experience of getting to know the world of Teyvat, Genshin Impact turns into a mindless grind-fest that only the toughest of travelers can endure.

Here’s what the final levels of Genshin Impact entail:

The dangers of slow, yet sensational storytelling

Genshin Impact has a captivating plot that involves a detailed cast wandering through the world of Teyvat. From towns to cities, the landscape is populated by side quests and main storylines for you to enjoy.

You start your journey in Mondstadt and help Venti and the Favonius Knights with the treacherous dragon Dvalin. While most of this specific storyline is like a rollercoaster, the playable world will open up tremendously when you defeat Dvalin and reach AR16.

As a more dedicated player that was obsessed about leveling up my Adventure Rank and characters, I sped through most of the main storyline, and in retrospect, I terribly regret such a decision.

While Genshin Impact gives players a larger-than-life atmosphere to play in, you need to remember that the game is only a few months old. You shouldn’t expect there to be trillions of quests you can take on unlike what I thought.

To be fair to miHoYo and their efforts, Genshin’s updates are steady and provide one to two new story quests a month, giving fans new characters to explore with and new stories to unfold. With rich voice acting and great plot development, players shouldn’t feel the rush of skimming through the main quests to farm rewards and AR experience.

I enjoyed my time in the newest region of Dragonspine and miHoYo definitely brought a novel gameplay experience with the subzero climate mechanic and cryo-themed opponents.

When it came to Albedo’s main quest, we learned that Sucrose was actually an apprentice under the chief alchemist and was looking to creating a sword that could corrupt the likes of a dragon.

But sadly with most of my quests already done, I felt such a transient joy when I completed Albedo’s storyline and finished everything that I could in the recently added region in just a week’s time.

Keeping that in mind for newer players, miHoYo still has a ton of content to give us and it’s merely a waiting game for the next region to expand the game once more. If you don’t want to overplay Genshin, it’s always nice to just explore the regions and smell the sweet flowers on the way to your next domain or leyline.

With cryo-archer Ganyu being the next character to join the cast, it’d be best if you take your time with her main quest and fully immerse yourself in what her story has to truly offer.

The painful process of artifact and material hunting

Genshin’s gameplay becomes a treat for the more cultured gamers out there. With less conversing and more sword-whacking, you can expect Genshin to become a Monster World-esque game by the later levels.

As you level up, your world will feature a stronger open world with bigger and better drops for you and your characters. Rarer materials such as Weather Arrowheads and Lieutenant’s Insignias will become a more common drop to help you churn out the higher character levels.

While you might think you can max out your character in a lower world, miHoYo has capped your characters to a specific level, leaving you with no choice but to ascend to a higher world level. With that being said, you’ll only truly feel like you’ve got the hang of the grind around World 6 and 7.

If you managed to collect enough ascension materials to get your party to level 80-90, the hardest has yet to come. To fully build your four-stack, you must marathon domains in order to get artifacts that have a specific statistic. For most DPS characters, you tend to aim for Crit DMG and Crit Rate to maximize your carry’s damage.

Sadly, Genshin Impact has a horrible RNG system for artifacts. I’ve been farming for at least a week for my new Diluc and I have yet to find him a 70%+ Crit Rate complete build and it’s breaking my heart.

Of course, don’t be too alarmed because the whole grinding aspect is part of the late-game excitement. While most new players will flex their 5-star characters in a low-level co-op domain, the real travelers of Teyvat will flex with 20K crit hits they do against a level 90 Frostarm Lawachurl.

If you’re not up to the challenge of building your party to the best of their abilities, I suggest that you stay clear of the ascension quests to keep the game simple and enjoyable.

The real purpose of the Spiral Abyss

The ultimate trial of the best and brightest players of Genshin Impact is the Spiral Abyss. While this mode is introduced early in the game by a few side mentions, it comes to be the final test for you and your hardened warriors.

In contrast to other domains in the game, the Spiral Abyss puts you through a three-stage gauntlet that can surely wipe your team out and, with the higher-level Abyssal Moon Spire, you have to field an eight-person party that will fight in separate areas with each stage.

As my previous point mentioned, it’s already hard to max out one character with the best artifacts and weapons, but with the presence of the Spiral Abyss, miHoYo expects you to max out eight of them to truly conquer the treacherous domain.

Seeing as how the Spiral Abyss is the main proving ground for what determines the usual tier-lists, it definitely deserves some notice in the late-game phase. I have yet to beat even the first level of the Moon Spire and I believe that’s the only thing left for me to conquer at my current level.

If you’re a new player who’s liking the Genshin Impact experience, heed my words and take it slow. The game offers enough instant gameplay with farming routes, domain runs, and leyline clears that there’s no need for you to rush through any of the story quests after the mandatory Mondstadt story.

With enough time split between the open world and your usual questing, you can find the perfect balance that will always give you a handful of stories to dive into while still embracing Genshin Impact’s worthy grind to ascension.