PUBG Corporation, through its official PUBG Esports site, has released a slew of exciting details about PUBG Continental Series 1 (PCS1). 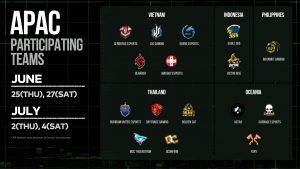 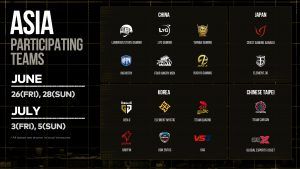 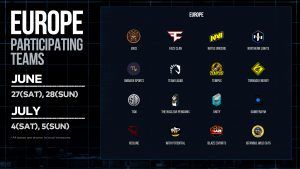 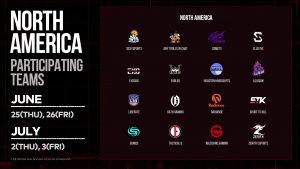 With 16 teams per region, the contenders will be battling it out across four days of intense competition within the aforementioned two-week period. Schedules have also been included, following local time zones. Fans can see the complete schedule on the PUBG Global Esports blog post.

With a total combined prize pool of US$800,000, each regional tournament will have a prize pool of US$200,000. Exclusive items will be sold in-game during the PCS as well, with 25% of the profits distributed back to pro teams. A breakdown shows that 12.5% of the profits will be added to each of the regional prize pools, while 12.5% will be distributed equally amongst the participating teams.

The PCS was introduced in April as a start to the PUBG esports circuit when the COVID-19 pandemic forced the cancellation of the 2020 PUBG Global Series (PGS). As a response, the first installment of the PCS was the Charity Showdown. This featured teams from the same four regions, with proceeds going towards COVID-19 relief.

The PCS, likewise, marks the return of the Pick’Em Challenge, which allows participants on PC and console to guess which team will emerge victorious at each regional event. If their pick wins, these fans will have the opportunity to take home champion-level digital loot. PC fans can take part in the all-new Pick’Em Challenge from June 17 to July 2, while console fans can participate from June 23 to July 2.