Get ready for bigger and better firefights. 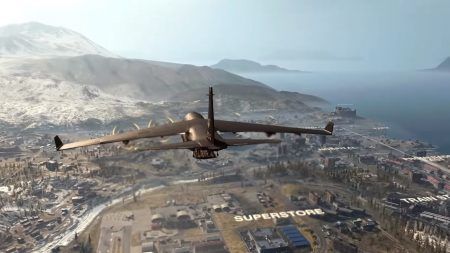 Activision has announced the fifth season of Call of Duty: Modern Warfare & Warzone with an action-packed trailer, guaranteed to reignite its player-base.

The S5 trailer featured some new maps for Modern Warfare’s multiplayer mode, also identifying what modes each map will have.

Players can bring the fight to the commercial landscapes of Suldal Harbor (6v6 multiplayer) and Verdansk Intl. Airport (Ground War) or visit the country-side with the Livestock (Gunfight) map. For a more classified spec-ops feel, you and your teammates can venture offshore with the Petrov Oil Rig (6v6 multiplayer).

With the battle royale mode, Warzone, Verdansk gets some interesting environmental changes that will definitely make its 36.18GB patch worth it. The Stadium is now open with some Verdansk’s best soldiers literally blowing the roof off. From the looks of it, you can now camp your way through the game and watch the mayhem from some stadium seats.

As for more new changes, a few clips in the trailer included some hints at new modes of transportation. A train now circulates around the map, but we’re still unsure if its route stays the same or not. You can also keep an eye out for new ziplines that can fast-track your way on and off rooftops.

With CoD experimenting with a lot of game modes such as duos and trios, the trailer might be teasing a five-man squad mode. Though the footage seems to be pre-rendered rather than actual gameplay, you can spot a helicopter landing right at the end with two players on each side and one piloting the helicopter.

Even if it was just a split-second cutscene, this may open the possibility of Warzone going for an enormous 200-player, five-man BR mode which could be the first of its kind.

Season 5 of Call of Duty Modern Warfare & Warzone is out today.