Aquaman and Black Manta make a splash in Fortnite Season 3

Week 5 finally brought the oceanic rivals to the surface. 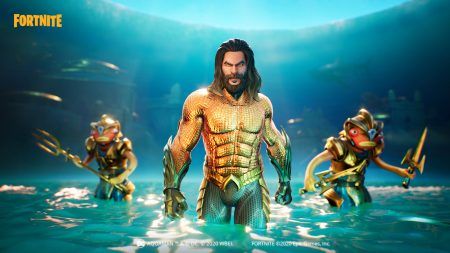 Week 5 of Fortnite Season 2 Chapter 3 has brought with it the highly-anticipated debut of Aquaman.

Available to players who purchased the Chapter 3 battle pass, the default Aquaman skin can be unlocked after completing these five weekly challenges:

Completing each challenge earns you Aquaman-themed gear. The Week 5 reward, for example, is Aquaman’s signature Trident, which you can use in the game as your pickaxe. 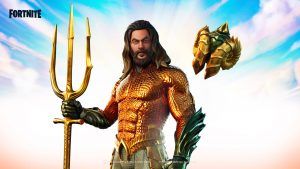 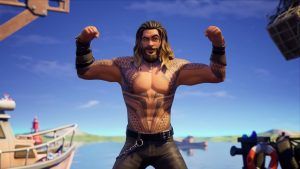 In addition to the default style, you can also play for an alternative version of the skin that pays homage to Jason Momoa’s big-screen take on the King of the Seven Seas. To unlock the Arthur Curry skin, you’ll need to unlock the standard skin first. Then, you’ll have to complete one more challenge — to dive over the waterfall at Gorgeous Gorge.

Aquaman isn’t alone in his forays into the watery world of Fortnite Season 3. His archnemesis Black Manta is all set to join him in the battlefield as a purchasable skin in the game’s Item Shop.

Unlike Aquaman though, the villainous mercenary can only be played by spending 1,500 V-Bucks. For that price, you’ll get the Black Manta skin along with the Manta Pack back bling. Black Manta also has specially designed harvesting tools called Manta Blades, which are sold separately in the Item Shop for 800 V-Bucks.