Oh, you’re approaching me in HD? The illustrious JoJo family makes a fashionable comeback with a remake of its 2013 fighting game, All Star Battle.

With updated visuals and a revamped battle system, JoJo’s Bizarre Adventure All Star Battle R is set to steal the hearts of anime fans and foster a next-gen fighting game community.

Here’s everything you need to know about JoJo’s Bizarre Adventure All Star Battle R, including its release date, playable characters, and gameplay.

What is JoJo’s Bizarre Adventure All Star Battle R? 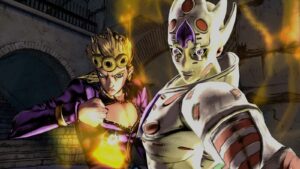 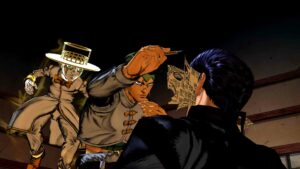 Developed by CyberConnect2, All Star Battle R is a video game adaptation of the JoJo’s Bizarre Adventure anime and manga series written and illustrated by Hirohiko Araki.

JoJo’s Bizarre Adventure tells the story of the JoJo lineage in eight parts, with each part putting the spotlight on key family members and their journeys. The series is known for its eccentric character design and use of Stands, a visual manifestation of one’s soul.

The video game adaptation lets players go head-to-head as the JoJo namesakes, their allies, and their enemies in a 2.5D fighting game setting.

Building on the 2013 title, All Star Battle R finetunes the fighting tempo of the JoJo battle system and adds new mechanics such as hit stops and jump dashes. The 2022 game also features new audio recordings of the Part 6 Stone Ocean cast.

Publisher Bandai Namco confirmed that there will be 50 playable characters from every JoJo arc. Here are some of the featured characters in the fighting game:

The game has a variety of modes that players can enjoy, such as All Star Battle, Arcade, Online, Versus, Practice, and Gallery.

The All Star Battle mode acts as the story mode of the game, featuring prominent fights from the original series. Players can expect to spend a few hours on this specific mode, as it has over 100 battles with various settings and conditions.