The 3 best Beastmaster counters in Dota 2 patch 7.30b

He has an army, but we have counters! Hopefully. 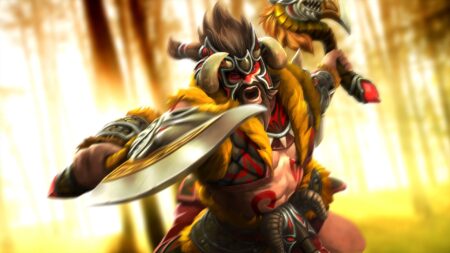 Finding the best Beastmaster counters is critical in Dota 2 patch 7.30b, for the hero is currently one of the best offlaners in the game. Beastmaster has always been a good hero to pick, and he’s shot up in popularity with the latest Dota 2 update.

Beastmaster has the second-highest win rate in high MMR games, and is highly contested in the pro scene as well. He he was the fourth most contested hero at the recent ESL One Fall 2021.

Beastmaster’s recent buffs make him a terror in the laning stage. Very few heroes can trade effectively against his Boars. At the same time, the buffs to Helm of the Overlord have ushered in a new Zoo meta, allowing Beastmaster to take down structures with impunity.

While he is difficult to shut down, there are several heroes who are good Beastmaster counters in Dota 2 patch 7.30b.

The three best Beastmaster counters in Dota 2 patch 7.30b

Medusa currently holds the highest win rate against Beastmaster and it’s easy to see why, for all of Medusa’s abilities work perfectly to counter Beastmaster.

Split Shot is the main reason Medusa does well against Beastmaster, for it allows her to safely and quickly clear out Beastmaster’s menagerie.

Split Shot works well with Mystic Snak, both of which deal tremendous damage to creeps. Mystic Snake also allows Medusa to harass Beastmaster in the lane, greatly slowing down the timing for Helm of the Overlord.

Medusa is also one of the best tanks in the game. Part of what makes Beastmaster so terrifying to play against is the difficulty to initiate against his army of creeps. Medusa, however, can safely stand next to her towers and absorb tremendous amounts of damage with Mana Shield active.

From the start of the laning stage till the end of the game, Medusa presents an unbeatable threat, and functions as one of the best Beastmaster counters out there.

Beastmaster may be the strongest offlaner in Dota 2 patch 7.30b but he still retains his old weaknesses. Without his army, Beastmaster loses a lot of his strength. That’s where Sand King comes in.

Sand King is able to clear out Beastmaster’s army from the safety of Sand Storm. Sand Storm deals significant damage to anyone in its vicinity, making it a fantastic defensive tool to protect buildings. Enemies must kill Sand King to take out his buildings, a difficult feat due to Sand Storm’s huge AoE and invisibility.

Sand King’s other abilities are equally impressive as Beastmaster counters. Burrowstrike combined with Caustic Finale can clear out an entire creep wave, while Sand King’s Epicenter deals huge AoE damage, on top of a slow.

Sand King simply has too many AoE spells in his kit. Combined with his natural durability and elusiveness, this makes Sand King one of the best Beastmaster counters in the offlane.

If you’re not a core player but still hate losing against Beastmaster, then Winter Wyvern is the best option to counter him.

Winter Wyvern is able to outrange Beastmaster’s summons during the laning stage. This enables her to harass him out of the lane, or at the very least, force him to focus on regeneration. Either way, Winter Wyvern can slow down Beastmaster’s timing significantly.

Splinter Blast is Winter Wyvern’s best ability to deal with creeps, for it deals 340 damage to all enemies in an area on a seven-second cooldown. It also slows enemies significantly. With its 1200 cast range, Winter Wyvern is able to safely throw out multiple Splinter Blasts to take out Beastmaster’s army.