T1 Jhocam shares 5 tips to play Tusk like a pro 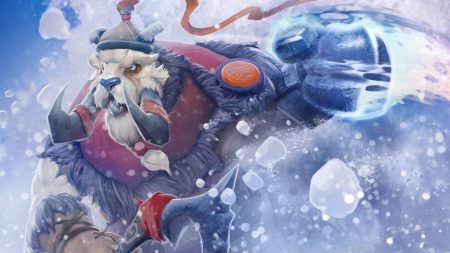 Tri “Jhocam” Kuncoro is an Indonesian support player for T1 who joined the team early this year. Jhocam started his pro Dota 2 career in 2017 and now has the opportunity to develop T1 into being one of the best teams in Southeast Asia.

Here are five tips from Jhocam himself to help you make game saving plays with Tusk.

You should draft a Tusk when a saving hero is needed. He is a great choice because he can use Snowball and save others, and that is why I like to play Tusk.

2. Choosing between Tag Team and Snowball depends on the situation

3. Make the most of what you have as a support player

My net worth is not affecting how the game is run. I think support should pay attention to teamfight items such as Mekansm, Glimmer Cape, Pipe of Insight, Crimson Guard, Medallion of Courage, Spirit Vessel, or Blink Dagger.

Also, don’t try to rush on getting your Blink Dagger. The other support items are much more useful in team fight situations.

4. Be active around the map

I usually start roaming into the other lanes early so I can give space to our hard carry who needs to gain farm and levels fast.

While roaming, you should also look to place wards to help your team get information and survive. I usually ward when I leave my core to farm or when they push out the lane.

Also, when your core heroes get zoned out in their lane, you can take that opportunity to get your levels in those dangerous areas your teammates can’t play in.