ONE Esports Dota 2 SEA League Week 1: Meracle leads T1 to the top of the table

No one expected T1 to finish with the best record in the first week of the group stage. 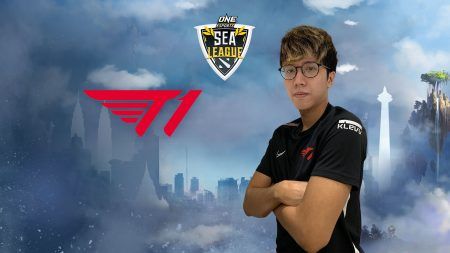 In Week 1 of the ONE Esports Dota 2 SEA League group stage, T1 took the top spot on the leader board with two wins, one draw, and one loss, while almost every other game ended in a tie.

Meanwhile, NEW Esports also showed promise moving forward in the group stage by taking the runner-up spot on the leader board.

Match of the week: T1 vs. Reality Rift

T1 showed signs of fatigue after losing to NEW Esports on Day 2 of the tournament, but the squad showed great resilience by bouncing back on Day 3 by defeating Reality Rift 2-0.

T1 outlasted their opponents in a 70-minute marathon that included multiple Tier 5 items, which made every late game team fight exciting to watch.

Galvin “Meracle” Kang Jian Wen’s Monkey King would eventually finish the series after he secured his second Divine Rapier and pummeled Reality Rift into submission. Meracle finished the game with a 20/2/7 KDA. He also had a 737 GPM (gold per minute) rating, along with doing 53,600 points of damage to Reality Rift’s heroes.

Meracle’s Game 2 performance against Reality Rift wasn’t even his best showing. The talented Singaporean hard carry also had an unbelievable Phantom Assassin 23/1/15 KDA display against Team Adroit. He even secured a Rampage against Team Adroit during the third day of competition.