Ppd is considering coming back from retirement

Are we getting a reunion of TI5 EG? 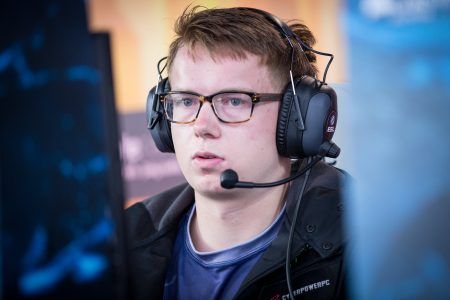 The International 2015 (TI5) champion and North American Dota legend, Peter “ppd” Dager, has revealed that he is considering coming back from retirement to play competitively once again when the Dota Pro Circuit (DPC) returns next year.

Ppd made his intentions known in one of his streams, telling his viewers, “I have been thinking about coming back to Dota, to be completely honest with you, but I think I’m just going to do what [Clinton “Fear” Loomis] is doing and chill out and see where things are at in January.”

Fear, who was ppd’s teammate in Evil Geniuses (EG) when they won TI5, announced earlier this week that he will be taking a break from competitive play until the DPC returns next year.

Ppd announced his retirement from the game back in April, citing a need to focus on his “personal growth rather than competition versus others.”

“I’ve spent just about the entirety of my twenties competing in video game competitions and at this point in my life (almost 29) I’m looking for something else that I do not think I can find in my current position. Today I find myself focused on personal growth rather than competition versus others and because of that I feel like I have lost the grit and ambition necessary for myself to be the competitor I’m comfortable being. I don’t feel bad about it as I believe change is healthy and I am eager to do something amazing and new in my 30s,” ppd said in a statement back then.

Ppd was not the only Dota legend that hung up their mouse and keyboard this year, however. In January, two-time TI champion with OG, Jesse “JerAx” Vainikka, announced his retirement from the game.

Shortly after ppd made his announcement in April, another one of his teammates that helped him win TI5, Saahil “Universe” Arora, also announced that he has called it a career.

Should ppd indeed return from retirement next year, he will find that most of his former EG teammates may be up for a potential reunion. Aside from Fear and Universe, the TI5-winning team’s superstar midlaner, Sumail “SumaiL” Hassan, is also currently a free agent after he left OG in late July.

Ppd may also end up rejoining the last team he played for, Ninjas in Pyjamas, as they are currently lacking both a captain and a position 5 support player after they parted ways with Akbar “SoNNeikO” Butaev in early July.

Ppd is one of the most decorated captains in the history of the game, with over 1,000 victories in professional games, 42 tournament wins — including the championship at TI5 with EG — and almost US$3 million in prize money earned throughout the course of his career.

Alongside these accolades, he is also one of the pillars of the North American Dota scene, having led the region’s most successful teams and delivering its only Aegis of Champions thus far.