Fear is taking a break from competitive Dota

He will be taking a break until the DPC returns. 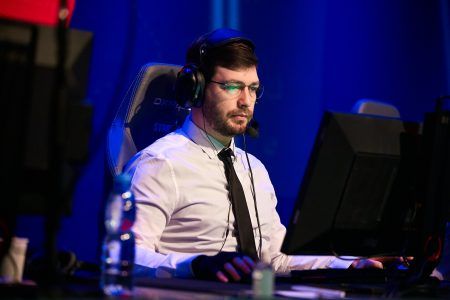 North American Dota legend and Business Associates captain, Clinton “Fear” Loomis, has announced that he is taking a break from competitive Dota.

Fear revealed he will be temporarily stepping away from competitive play in a post on his personal Twitter account, stating that he plans on returning once the Dota Pro Circuit (DPC) returns early next year.

Business Associates, like many Dota teams from the Americas, has been hit hard by the indefinite suspension of the DPC. The team notably parted ways with Peruvian Position 4 support player Joel Mori “MoOz” Ozambela and German midlaner Leon “Nine” Kirilin in late April.

MoOz returned to South America to become the coach for Beastcoast while Nine took a break from competitive play. Jacky “EternalEnvy” Mao and Jingjun “Sneyking” Wu have since taken their spots in the roster.

Business Associates is currently competing in BTS Pro Series Americas Season 3 with Theeban “1437” Siva as a stand-in for Fear. The team has not yet announced a definite replacement for their captain until his return, however.

Fear is one of the most experienced and accomplished players from North America, with a 15-year career that dates all the way back to the early days of the original Defense of the Ancients mod for Warcraft III. He is best known for his time with Evil Geniuses, with whom he won The International 2015 and dominated the North American scene.

Fear is now the second high-profile player to announce a break from competitive play as a result of the indefinite suspension of the DPC, with the first being Fnatic offlaner Daryl “iceiceice” Koh Pei Xiang in mid-August.