EU/CIS Dota action continues all throughout this month. 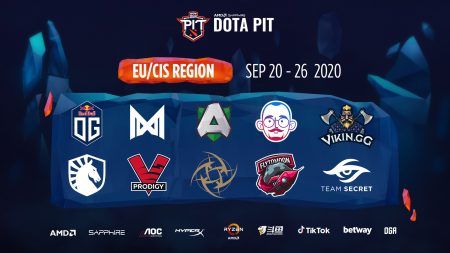 OGA Dota PIT Online will return for a third season of its online EU/CIS league, featuring eight teams competing for a US$170,000 prize pool from September 20-26.

The event will be headlined by Season 1 champions, Team Secret, alongside Season 2 champions, Team Nigma. They will be joined by OG, Alliance, Team Liquid, and Virtus.pro Prodigy to round out the list of six directly invited teams.

The last two teams in the event will be determined in a preliminary closed qualifier from September 20-22 featuring Ninjas in Pyjamas, Vikin.gg, 5men, and FlyToMoon.

The EU/CIS Dota scene continues to flourish even amid the continued suspension of the Dota Pro Circuit (DPC), with the region’s first BTS Pro Series event for tier two teams also happening this month and Season 2 of the OMEGA League Immortal Division set for October.

Aside from the first two seasons of its EU/CIS league, OGA Dota PIT also previously hosted online leagues for the Americas and China.