Iceiceice is skipping the tournament. 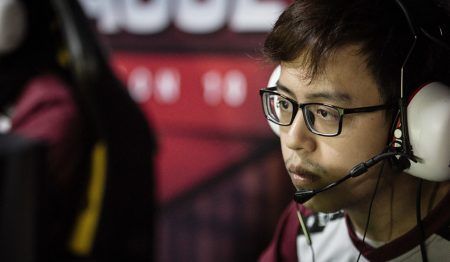 Fnatic played their first game of the event with offlaner Daryl “iceiceice” Koh Pei Xiang, who notably took a break from competitive play in mid-August. However, the team suddenly announced that he will be skipping the remainder of the tournament for undisclosed reasons.

Xepher will be moving from his original position 4 support role to take over as Fnatic’s offlaner for the event. He is one of the biggest free agents in the Southeast Asian scene after Geek Fam disbanded its Dota team earlier this month.

Fnatic has struggled to replicate their earlier successes this season despite adding star carry player Marc Polo “Raven” Fausto at the end of July.

Even after replacing Anucha “Jabz” Jirawong with Nico “eyyou” Barcelon last week in hopes of optimizing their already star-studded roster, the team is down 0-3 at the BTS Pro Series. All three of those series were 0-2 sweeps against a resurgent TNC Predator and, most concerning, two lesser teams in NEW Esports and 496 Gaming.

The rough start should be alarming for Fnatic, as they have yet to face other strong opponents in BOOM Esports and the newly-formed Among Us stack, which includes their former carry Nuengnara “23savage” Teeramahanon and Jabz.

BTS Pro Series: SEA Season 3 features a US$50,000 prize pool and is currently running from September 12-27.