Pros just can’t get enough of it in competitive Dota. 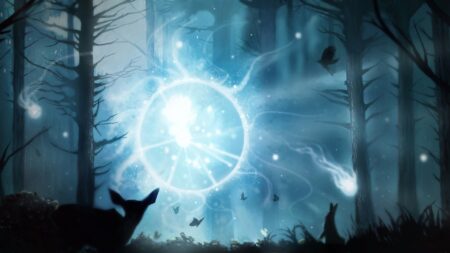 One of the things that makes The International such a joy to watch is the sheer diversity of hero picks and team styles, as six different regions bring their unique flavor to the tournament.

Even with such diversity, some heroes are more valued than others, and so far, no hero is more contested than Io.

1. Relocate is one of the most versatile ultimates in Dota 2

Io’s ultimate, relocate, allows it to teleport anywhere on the map after a short cooldown. If they are also tethered to an ally, they take them along for the ride.

This ability to show up anywhere on the map with reinforcements gives the it an incredible amount of map influence. Teams will always hesitate to engage if they know backup can arrive in a couple of seconds.

Besides its offensive use, Relocate allows the hero to have one of the best saves in the game, all the way back to base if needed.

Jerry “EGM” Lundkvist demonstrates how best to use this ability when he saved Jonathan “Loda” Berg on Chaos Knight during their match against LGD in The International 6 in the group stage and escaping right after.

2. Io has one of the best steroid spells in Dota 2

Two of Io’s abilities are all about buffing allies. Tether allows the hero to connect with an ally and offer increased movement speed and HP regeneration, while Overcharge provides offensives bonuses to attack speed and spell damage on top of sustain.

These bonuses make Tethered carries nigh unkillable. Some of the top iconic combos are with heroes like Gyrocopter, Choas Knight, and Tiny.

Maroun “GH” Merhej was infamous in 2017 for his ability to use support Io to the hero’s maximum potential. It had an 80% win rate whenever it was picked by GH in The International 7, and was almost always banned against Team Liquid.

3. The hero is so versatile, it can also be played as a carry

The fourth Fundamental was added into captain mode in March 2012, and the hero was immediately picked up by pro players to be used as a strong support.

However, it wasn’t until OG’s Anathan “ana” Pham came along and picked the it as a carry during the group stage at The International 9, which made everyone realize how much potential it had.

Io’s level 10 talent provided the it with 60 damage, while its level 15 talent allows spirits to do an extra 90 damage per spirit. This means it can be played as a fast tempo carry that can come online early in the game and make a tremendous impact.

Ana demonstrated the hero’s impressive damage against Virtus.Pro during the group stage of The International 9. The moment Ana hit level 15, OG took a big team fight, and managed to team wipe Virtus.Pro without a single death on their side.

OG put a lot of faith in their Io carry strategy. for they picked the hero six times during The International 9, and won all six games.

In their playoff match against Newbee, OG was able to control the high ground at the 27-minute mark, then proceeded to fountain dive Newbee in their base. It was a dominating display of the hero’s potential.

This hero’s versatility, global map presence, role flexibility, and unrivaled support has kept it popular in Dota 2. It will be exciting to see if Io continues to be the most banned hero in TI10, especially with OG’s attendance this year.

READ MORE: How to be a good support player in Dota 2