The new game mode only takes 10 minutes to play. 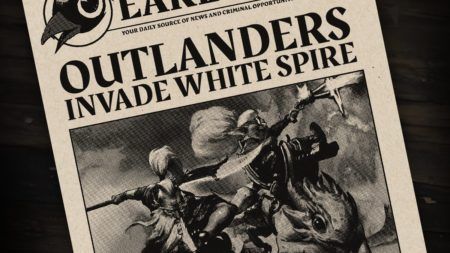 Valve’s auto-battler title Dota Underlords just got another major patch with the arrival of The Outlanders Update which just dropped major changes for Dota 2.

The Outlanders Update for Underlords though, features the new alliance called Spirit. To enable the Spirit alliance, three Charged units are required to perform the forbidden technique of the triangular Delta Slam. This deals magic damage to all enemies caught inside the triangle and will apply each Spirit unit’s elemental effects.

This new alliance features five new heroes who have come to White Spire namely: Storm Spirit, Earth Spirit, Ember Spirit, and the long-awaited Dota heroes Snapfire and Void Spirit, which were revealed during The International 2019 earlier this year.

Snapfire is a Tier 1 Dragon and Inventor unit that spits glob and lights enemies on fire as her ultimate ability.

Void Spirit is an Ace Tier Spirit and Warrior that creates and uses portals to reduce armor and deal damage. He comes with a passive Void Elemental which Breaks enemy units when used with Delta Slam.

Meanwhile, Storm Spirit and Ember Spirit are both Tier 2 heroes, with the former being a Spirit and Mage and the latter a Spirit and Assassin.

On the other hand, Ember Spirit is all about speed as he dashes around to attack all enemies and goes back to his starting point after doing so. Ember Spirit’s Fire Elemental also sets affected enemy units on fire.

Earth Spirit is a Tier 3 Spirit and Warrior that summons a Stone Remnant off the map. Any enemy struck by the Remnant is silenced in addition to taking damage. His Earth Elemental silences units affected by the Delta Slam.

Aside from the new heroes, Dota Underlords also launched a fast-paced game mode called Knockout that only takes ten minutes to play.

Knockout replaces the usual 100 life with four hearts, giving players limited chances and limited moves. An initial crew of heroes will be given to participants to jumpstart the battle.

“In Knockout, every player begins by choosing a starting crew of 5 heroes. It only takes two heroes to combine, and players level up automatically every other round.” The full patch notes can be read here.

The Outlanders Update is now live on Dota Underlords. It was released at the same time as the long-awaited patch for Valve’s multiplayer online battle arena (MOBA) Dota 2.

READ MORE: 10 incredible plays from the MDL Chengdu Major you may have missed