Post Malone is now a part-owner of Envy Gaming 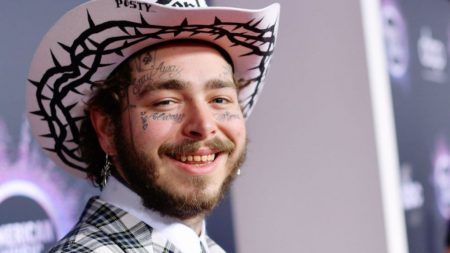 American rapper and singer Post Malone is venturing into the esports scene as a part-owner of the Texas-based organization Envy Gaming.

The award-winning rapper is particularly keen on Call of Duty team, Dallas Empire. The partnership immediately took off to a good start as the team bagged the 2020 Call of Duty League Championship title with a 6-4 standing against FaZe Clan’s Atlanta FaZe.

“I grew up in Texas and I’ve been gaming my whole life, so this just really felt right. I have always wanted to be a part of bringing gaming into the professional sports world so to be involved with what Envy is doing in my hometown feels like such a perfect fit,” said Post Malone.

The organization’s founder and CEO Mike Rufail said the deal has been sealed since 2019. The two met at the singer’s annual fair Posty Fest in November last year, where they shared their passion for video games.

When he’s not performing his hits like “Congratulations” on the stage, Post Malone is an avid gamer just like all of us. He had a collaboration with gaming gear brand HyperX in the past and has a Twitch channel where he streams his favorite games Call of Duty and PlayerUnknown’s Battlegrounds (PUBG).

READ MORE: Why did Chance the Rapper’s reboot of Punk’d premiere in Fortnite?