Meet and greet LilyPichu and Michael Reeves at CONQuest Festival 2022

Sayu is coming to Manila! 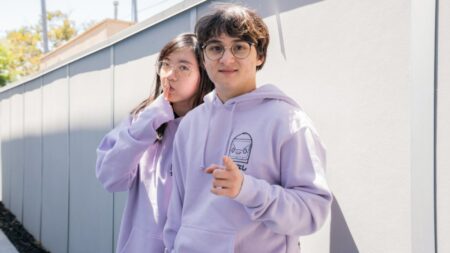 Calling all OTV fans! OfflineTV couple Lily “LilyPichu” Ki and Michael Reeves are coming to CONQuest Festival 2022, which will be held later this year in Manila, Philippines.

The event organizers have officially confirmed the pair’s attendance at the star-studded festival, where fans will have a chance to meet and greet the popular Twitch streamers.

CONQuest is one of the biggest gaming and pop culture conventions in the Philippines. The event has previously featured local personalities in the gaming, cosplay, and streaming community, such as Gian “Gloco” Concepcion, Rikki “Riku” Quiapon, and Kang Dupet.

Now, the festival is taking it up a notch by including international celebrities in its guest lineup.

Funnyman and local content creator JiConyo, known for his trademark phrase “Sheesh!”, will also grace the convention grounds with his entertaining skits.

The meet and greet tickets for these guests will be available on Friday, June 3 on CONQuest’s website, with prices ranging from PH₱1,000 to PH₱2,500.

With the gathering of Genshin Impact English voice actors and content creators, this is one event travelers surely don’t want to miss.

Fans can purchase tickets as early as today, with packages and pricing as follows:

CONQuest Festival 2022 will take place over the weekend from July 23 to 24 at the SMX Convention Center in Pasay City, Manila.