FaZe Clan has signed yet another basketball star. 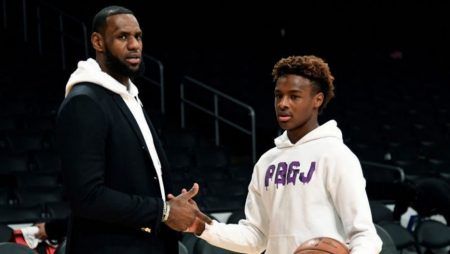 Bronny James, eldest son of NBA superstar and Los Angeles Lakers forward LeBron James, was introduced as FaZe’s latest recruit in a series of tweets that included a highlight video of him playing basketball as well as Fortnite: Battle Royale and Call of Duty: Modern Warfare.

Bronny currently has over 330,000 followers on his official Twitch account.

Bronny will be the second basketball star signed by FaZe this week, as the organization previously announced that they have been joined by NBA All-Star and Philadelphia 76ers forward Ben Simmons.

FaZe Clan, already one of the most recognizable brands in both gaming and esports, is continuing to expand its mainstream influence by partnering with American athletes and musicians.