Ben Simmons is ready to FaZe up. 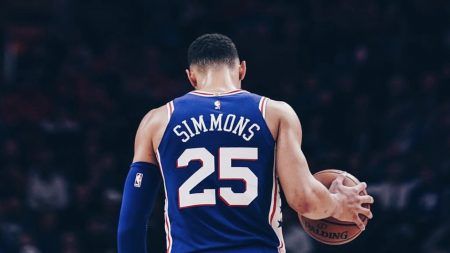 FaZe Clan tweeted the announcement, together with some of Simmons’ best Call of Duty: Warzone and PUBG highlights. The NBA star joins a long list of FaZe Clan athlete investors, including Meyers Leonard.

The All-Star point guard of the Philadelphia 76ers has been an avid gamer since he was a kid. According to Simmons, his passion for video games started when his parents bought a T.V. and it came with a Sony PlayStation. “And from that day on, I was locked.”

Simmons began his streaming career two years ago, when he started playing with fellow NBA star for the Minnesota Timberwolves Karl Anthony Towns. Since then, Simmons has continued to build his online gaming persona by making connections with FaZe Clan’s team members.

Despite presenting impressive lineups in highly competitive esports tournaments for games like Fortnite and CS:GO, FaZe Clan has decided to branch out and focus on its online content creator culture. Through recruiting Ben Simmons to the FaZe Clan roster, perhaps we can expect more high profile athletes to make the jump to creating game-centric content.

Fans can watch Ben Simmons stream on his official Twitch channel, where he frequently plays Call of Duty: Warzone with other popular FaZe Clan members.